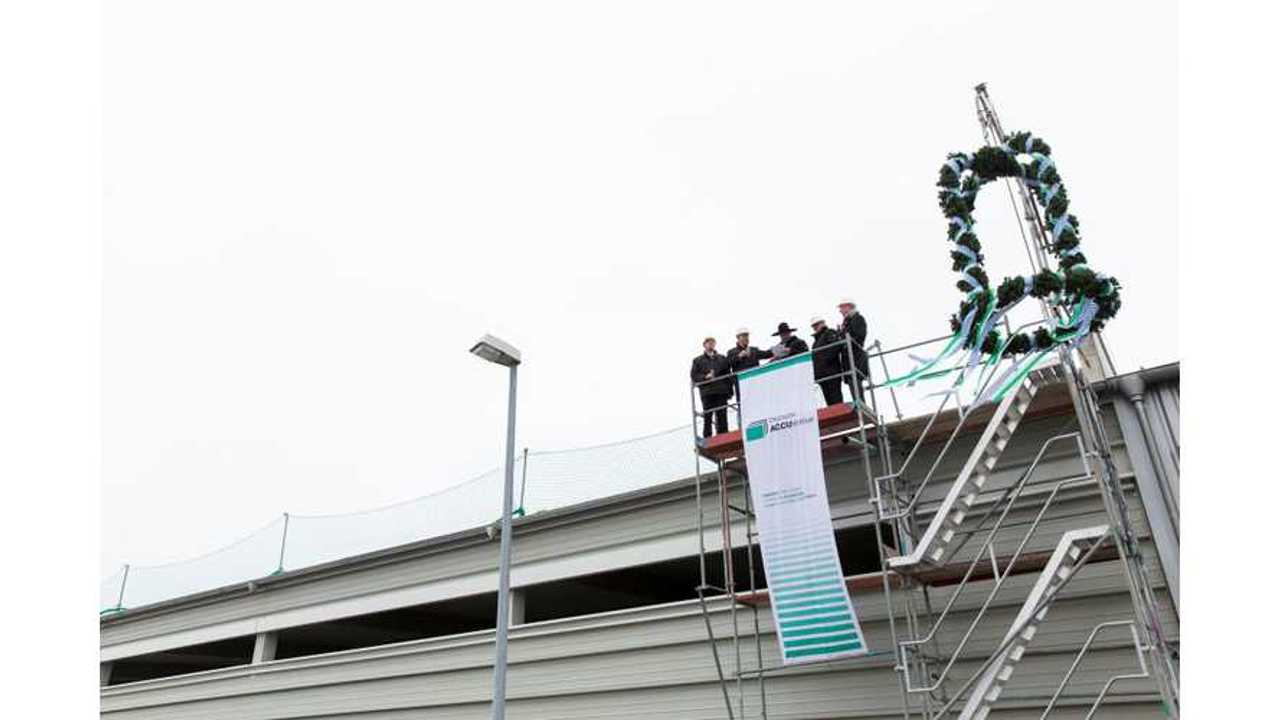 "Daimler AG is expanding the production capacities for lithium-ion batteries with investments of around €100 million in the Deutsche ACCUmotive subsidiary in coming years. Currently, a new building to be completed by mid-2015 is under construction in the Saxon city of Kamenz. "

"With the completion of the third construction phase Deutsche ACCUmotive will have nearly 20,000 m² of production and logistics space at its disposal - or four times the area since the start of production in the year 2011."

Frank Blome, Managing Director of Deutsche ACCUmotive said during the topping out ceremony for the new production hall on Monday:

“We are looking forward to continuous growth in the demand for Deutsche ACCUmotive batteries.”

A new chapter for Deutsche ACCUmotive is now energy storage systems, which will be supplied.

"Additional growth opportunities outside the automotive industry also arise for Deutsche ACCUmotive through the entry into the business with stationary applications, where the vehicle batteries serve as the technological foundation for the development of stationary energy storage units. The scalability of the systems enables the use of the lithium-ion batteries in big industry for network stabilization and smoothing of peak loads (peak shaving) for energy producers as well as private households, for example, in conjunction with photo-voltaic installations. Deutsche ACCUmotive can already profit from economies of scales through series production of vehicle batteries and score with the high safety standards from the automotive industry. The company is certified according to ISO TS 16949. “We have already concluded the first customer contracts. With our systems we can make an important contribution to the energy turnaround”, said Blome.