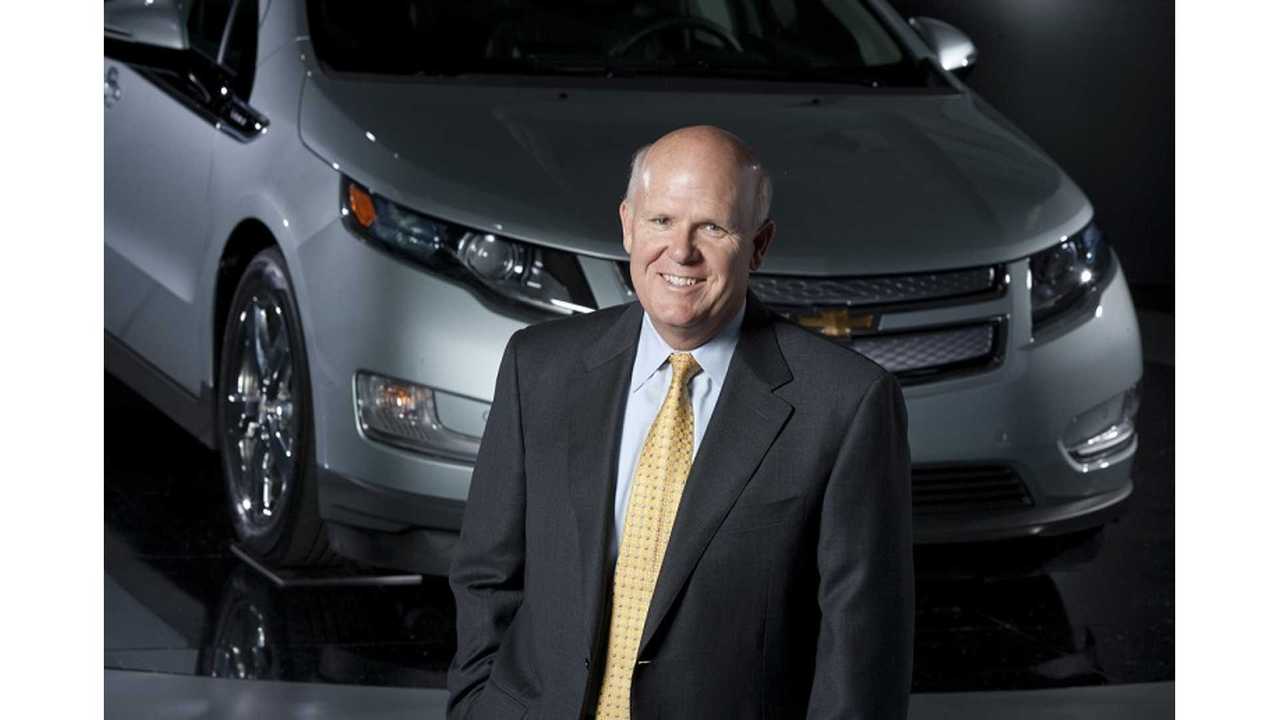 Tesla Motors CEO Elon Musk is a visionary.  Even former General Motors CEO Dan Akerson realizes that the achievements made by Musk and Tesla Motors are remarkable.

"Even facing incredible odds, Musk has made breath-taking strides to bring renewable energy to consumers. Surprisingly, his competitors are his most enthusiastic fans."

One of those "most enthusiastic fans" is none other than former GM CEO Dan Akerson, who says this of Elon Musk and Tesla Motors:

“No other car manufacturer has achieved a global brand so quickly, it’s a huge accomplishment for this hard-charging executive.  Teslas are beautifully designed with great pick up and first class engineering.”

That's quite the compliment from the man who headed the U.S. largest automaker.

“Musk has challenged the industry and it has to respond. He’s running between the legs of elephants and has a temporal advantage. Competitors are behind technologically, but have advantages in scale and scope. By 2018, you’ll see game-changing competitive responses globally. The auto industry is notoriously Darwinian and may consolidate into a few worldwide giants from a hundred small car makers."

So, Tesla has until 2018 to get its cards all lined up, meaning Model S, Model X and Model 3 must all be pumping out at max production in order to outpace the competition.  Tesla likely also has to find a way to better delivery, display, service and inventory cars to truly compete against traditional auto; in other words optimize and expand their boutique/dealer store system.

If Tesla can't get the Model 3 to market by 2018 at the promised price of 50% of the Model S, then those automakers with "advantages in scale and scope" could very well surpass Tesla with one knockout product of their own.

It's a race for Tesla and Elon Musk is fully aware of this.  If Model 3 slips, Tesla's lead will vanish.  Why else do you think Musk pushed so hard to get the gigafactory deal signed ASAP?