3 Electric Scooters That You Can (Actually) Buy (w/video) 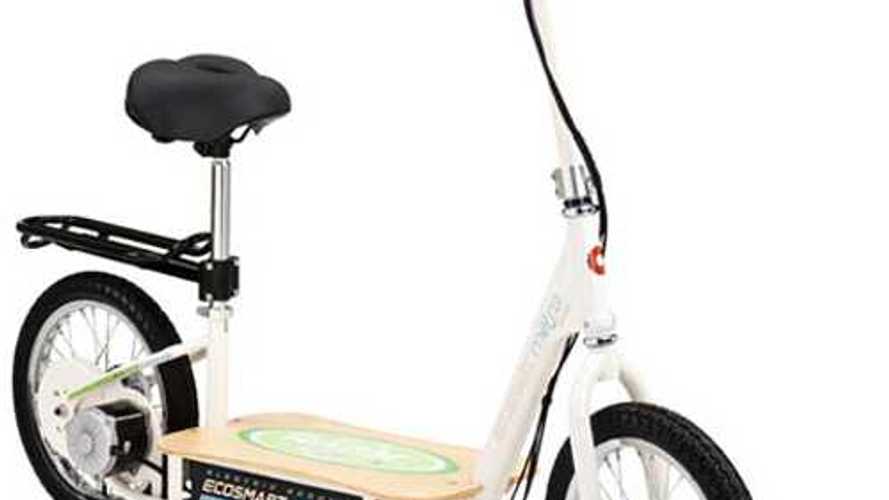 One of the big hits in the Kickstarter world is EVs in general, and scooters, skateboards and other personal electric vehicles in specific.  Unfortunately, though a lot of them are remarkably innovative, more than a few of them are simply, well, impossible - leading us to wonder at the gullibility of the Kickstarter backer mentality as well as the credibility of many Kickstarter project creators.   The very kindest thing we can say is they didn't do their math.

In response to this general trend, and to pat the back of a few companies who have real products that are available today, we thought it'd be fun to look at three little electric scooters that you can actually buy.  (...and we have been good, for goodness sake.  Just sayin'.)

First, and featured in the photo above, is the Go-Ped ESR-750EX AKA the "Hover".  There are a few different versions, but you have versions as light as 42lbs, top speeds of around 20mph, and ranges of 28 miles at the maximum.  It does come with lithium batteries (pretty common now on e-bikes), and with 10" wide tires it's going to be safe around town, and yes, it folds for the train (or driving) part of your commute.

There's a dealer network apparently, but if you're interested, allow up to 6 weeks for delivery.

Suppose you like the bigger wheels, for a smoother ride and a little more safety in the gravel.  Check out the Razor EcoSmart Metro.  This scooter has been around for a few years, and is one of the only products tailored by Razor for adults.

All of these have a similar specs - the Razor claims an 40-minute range and speeds of up to 18mph, and running at about 67lbs.  It does not fold, and there's no lithium option, so humping this on the train probably isn't great, but bringing it up the elevator into your office or apartment for a recharge and off-street storage is well within possibility - unlike a lot of larger Vespa-style electric scooters.

Say you want something really small that you can throw in your backpack?  Besides just running to your local toy retailer and picking up a Razor e300, you can go for the ultimate small, light, foldable scooter: the Hobbyking ScootPlus.

We covered that a few weeks ago, and we're kind of cheating.  It's on backorder, so if you call us on the "...you can actually buy" part, we're guilty as charged.  But it's a 17mph, 24lb sweetheart that folds down to nothing, is lithium powered, has a hub motor and regen braking.  How could we leave it out?

Want a little more of a taste of what you might be looking at when you get one of these?  Here's the Hoverboard unboxing video: