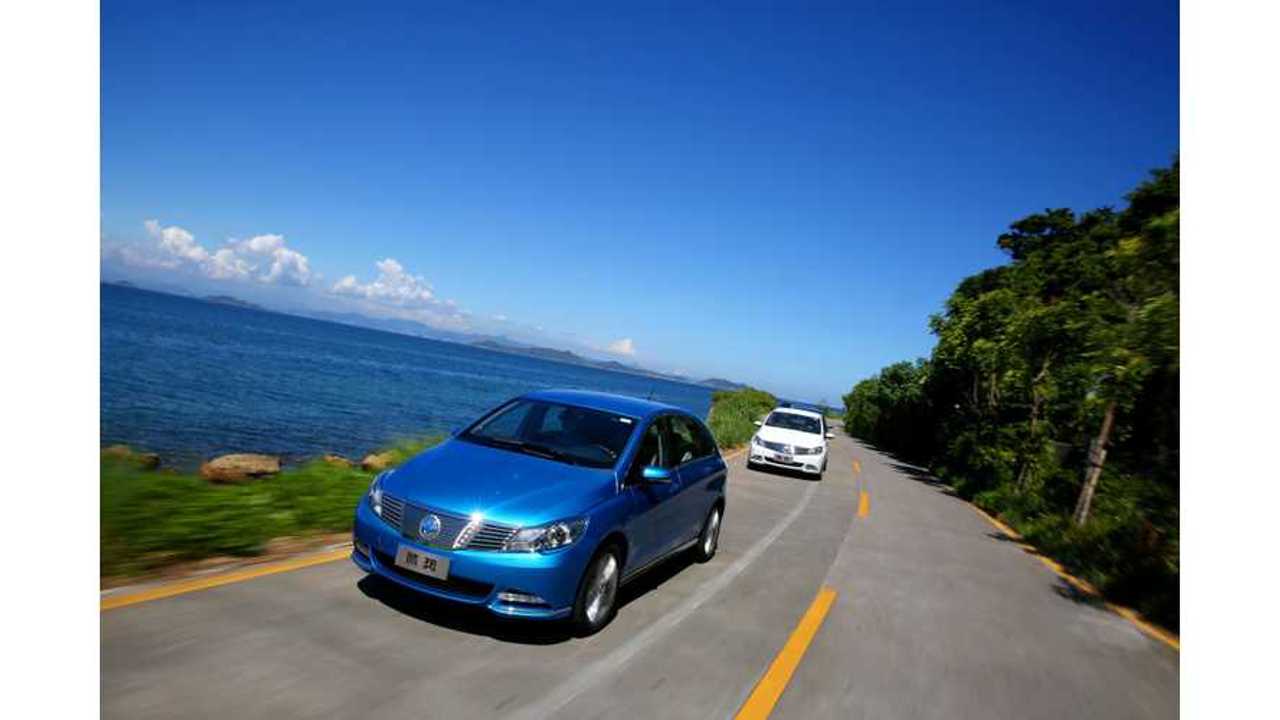 Jan 07, 2015 at 1:00pm ET
++
By: InsideEVs Editorial Team
It has been about 7 months since we saw the DENZA EV concept debut at the 2014 Auto China show in Beijing, and while the car actually just went into production in September, there hasn't been a lot of press around the EV of late.

Given that it is probably the most capable, but reasonably priced, EV available anywhere in the world (around $40,000 USD after incentives with a range of up to 180 miles via a 47.5 kWh battery), we figure we would shine a light on it again.

After all, isn't this the type of 5 passenger, affordable all-electric sedan that we all wish we were able to buy today?

Sitting Inside The DENZA EV (from Auto China 2014)

Ah, A Back Seat We Can Live With