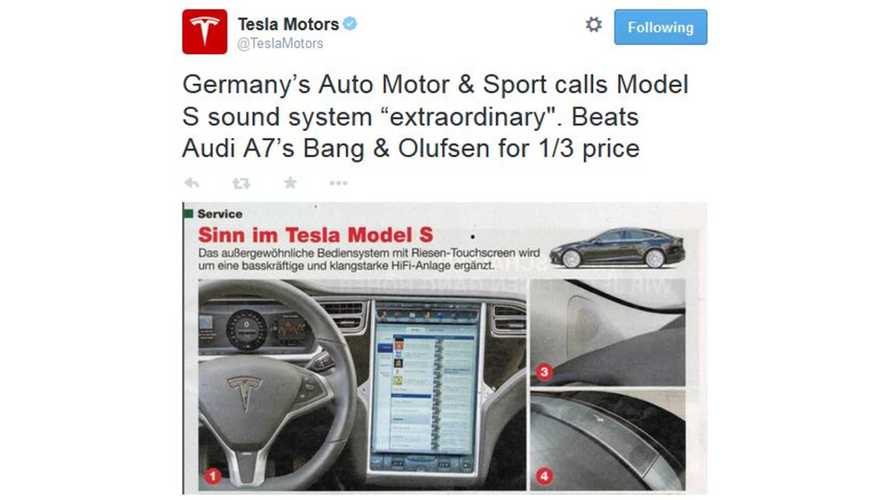 "How satisfied are you with your radio reception in your car?"

That question led to a slew of responses, most of which stated something along the lines of reception is awful and today's car stereos are mostly junk.

That was all it took to convince Auto Motor und Sport to conduct full audio tests of several cars.

These tests were conducted on the optional sound systems available for an additional thousands of dollars on most cars.

We aren't sound experts at InsideEVs (says the guy who hasn't powered on his car radio in years), so we're not going to critique the Auto Motor und Sport reviews, but for potential Model S buyers who wonder if the "Ultra High Fidelity Sound" on the electric Tesla is worth the extra cash, we'd say that if listening to some tunes is what you enjoy, then the "extraordinary" system is a bargain compared to most of the competition.

What Tesla Says Of The Optional $2,500 Model S Sound System