We expect to see the production-intent version of the Model X shortly. 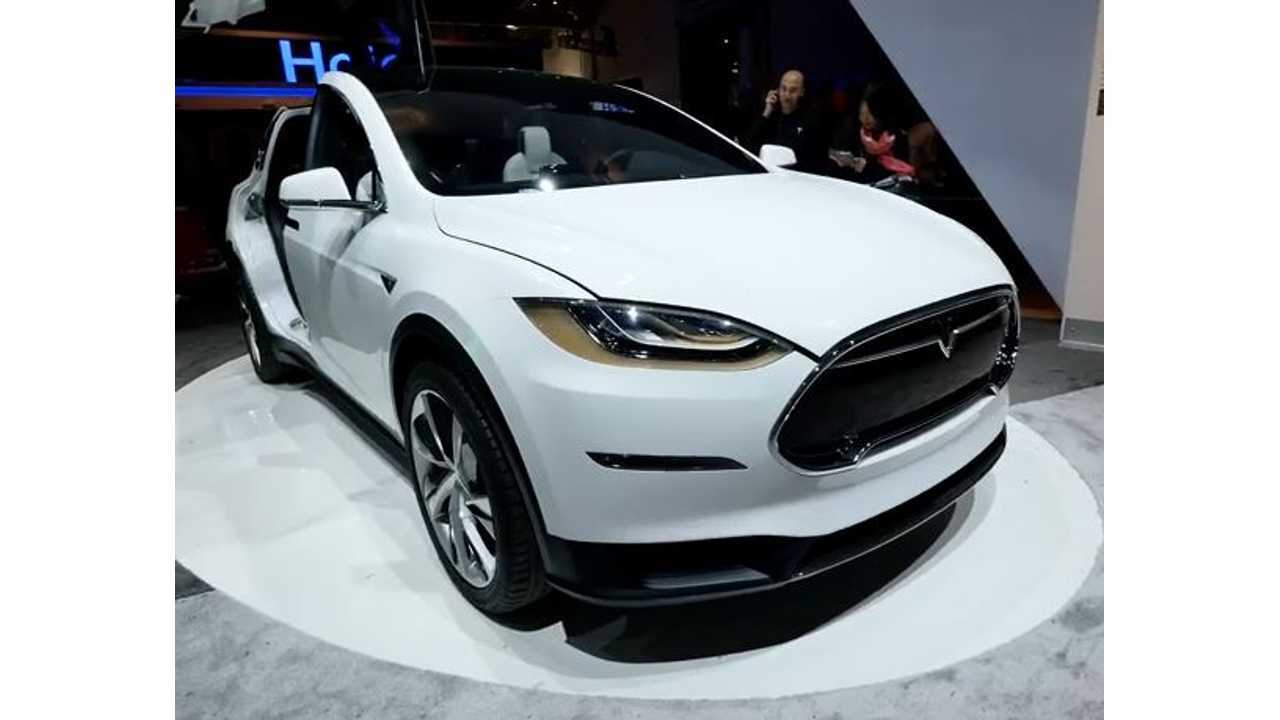 But until then we have this.  Tesla is now taking reservations on the X saying it will be available in the following options:

It should be noted that all Model X SUVs will come with "All Wheel Drive" (or "D" if you will) as well as the much promoted Falcon Wing Doors that may or may not have been one of the reasons behind the delays in the vehicle.

We expect to see an even great capacity Model X (and S) added to the lineup at some point in the future.

Of note: while the Model X and S are essentially the same platform with a different application, it is interesting to note the Model X is being offering in a 60 kWh AWD version, while the Model S that was also initially promoted as having this less expensive AWD option was quickly deleted.

Editor's Note:  Don't forget we will also be breaking all the specs and news on the next generation Chevrolet Volt shortly tonight at 12:01 AM (eastern)/9:01PM (pacific)