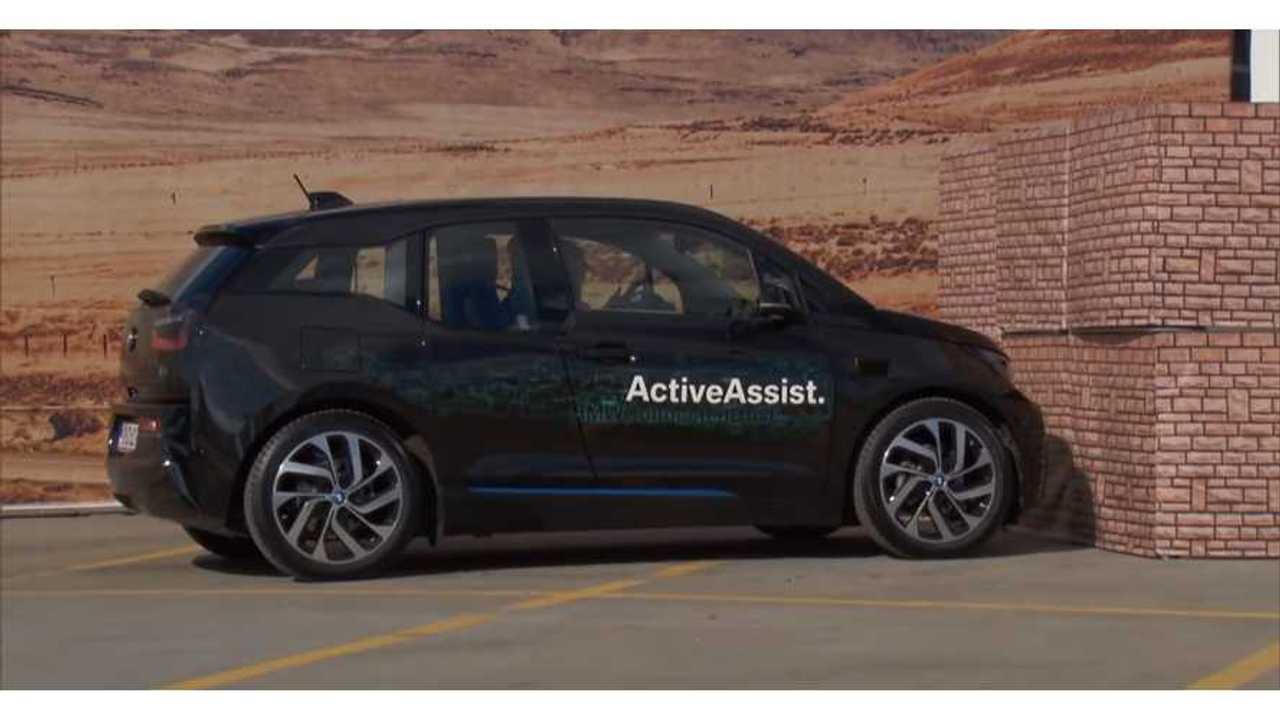 "360-degree collision avoidance is based on precise position and environment sensing. Four highly advanced laser scanners monitor the surroundings of the research vehicle (a BMW i3) and accurately identify obstacles, such as pillars in multistorey car parks. An audible signal warns the driver in a potential collision situation."

In the video above, you will get to see how the BMW i3's Collision Avoidance system literally avoids all collisions. Every time there is a potential collision about to occur, the i3 does not let it happen.

We will admit, some of these tests worried us a bit. It's not everyday that you are charging at a wall with your vehicle, even if that wall is fake and probably weighs only a few pounds.

You will also notice the i3 turn on a dime. It's a smaller and lighter vehicle with narrow tires. Maneuverability is a strong suit in the i3.

The Collision Avoidance system was revealed at CES 2015.  It should come to production i3s, and other BMWs, in the near future.