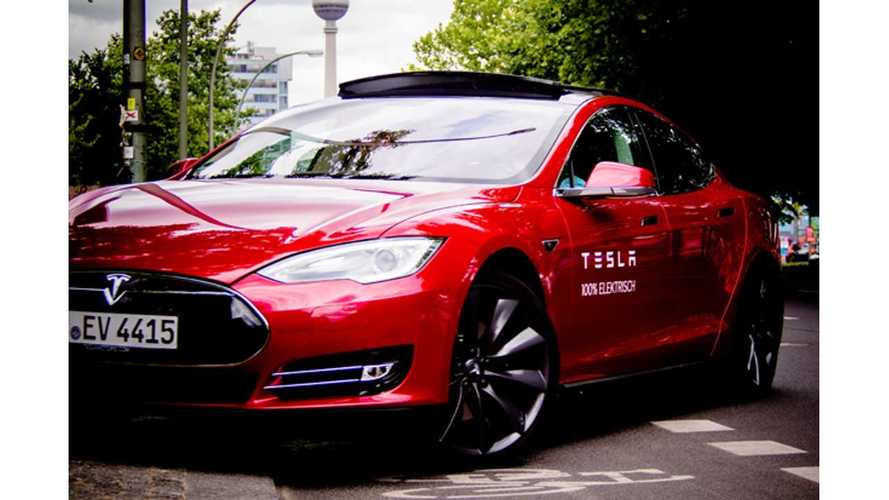 At the ECO14 in Berlin, Philipp Schroeder, Tesla Motors sales manager for Germany and Austria, had a chance to present Tesla.

There is no breaking news in the video from earlier this year, however it's interesting to see how Tesla is presented in Germany, which as we know is one of the most important markets for Tesla, despite low sales.  Tesla invested a lot of money in Germany and it still needs sales to take off to offset its investment.

Schroeder highlighted some main topics, including Model S, Tesla's goal to bring the more affordable Model 3 on the market and Supercharging infrastructure.

In the first 10 months of 2014, the number of registrations of Tesla Model S in Germany stands at 593.

"This year Ecosummit partnered with Tesla Motors to provide Model S test drives and first-hand insight into the automotive future invented in California. Following a 100% electric strategy since its foundation in 2003, Tesla forces the big automakers to accelerate their electric transformation, too. In February, Philipp Schroeder joined Tesla from Sonnenbatterie and now manages sales and business development in Germany and Austria. At ECO14 Berlin, Philipp agreed that Tesla is on its way to become the most valuable car company in the world. When we wrote about the super hero of the smart green economy in May 2011, Tesla was valued at $2.6B. Now it has a market cap of $30.6B and expects to deliver 33.000 cars to its customers in 2014. BMW, the German car maker with the strongest electric mobility strategy thanks to the purpose built EVs i3 and i8 and the inhouse carbon fiber production, is valued at $60.3B delivering 2 million cars this year (BMW investor presentation Nov 2014). When Tesla’s Model III, priced at $35.000, starts racing against the BMW 3 series in 2017, we will find out quickly how car drivers really think when making their next purchase decision."