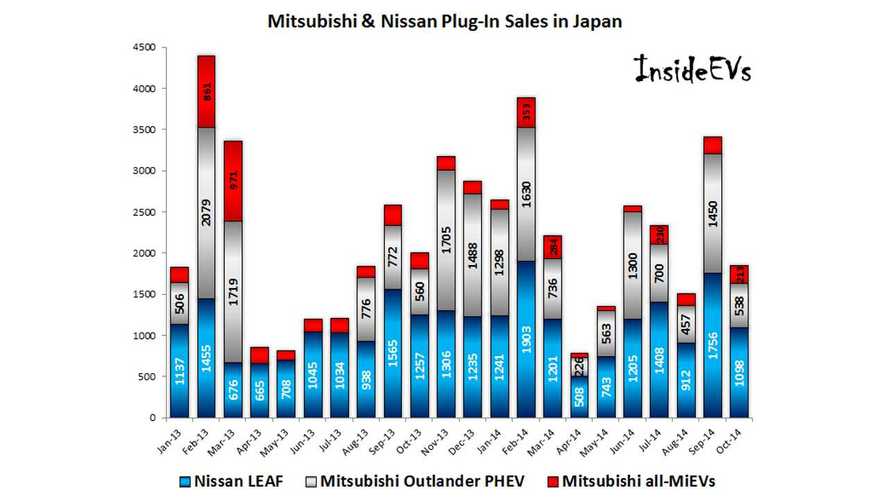 Last month sales of electric cars weakened slightly in Japan.  The two main players - Mitsubishi and Nissan - managed to sell less than 1,849 units (plus an unknown, but rather insignificant number of e-NV200s).

In the case of Mitsubishi Outlander PHEV, sales are going up and down in random fashion every month and in October sales fell to 538. 8,898 sold already this year is way ahead of the 6,415 sold in the first 10 months of 2013 and close to last year's 9,608 YTD mark.

Electric kei cars (three models of Mitsubishi MiEV series) are still struggling to attract customers and only 213 were sold in October. YTD number is almost half of 2013.

We're still waiting for Tesla Model S sales numbers for Japan. We believe that September's result of 38 could be strongly improved.