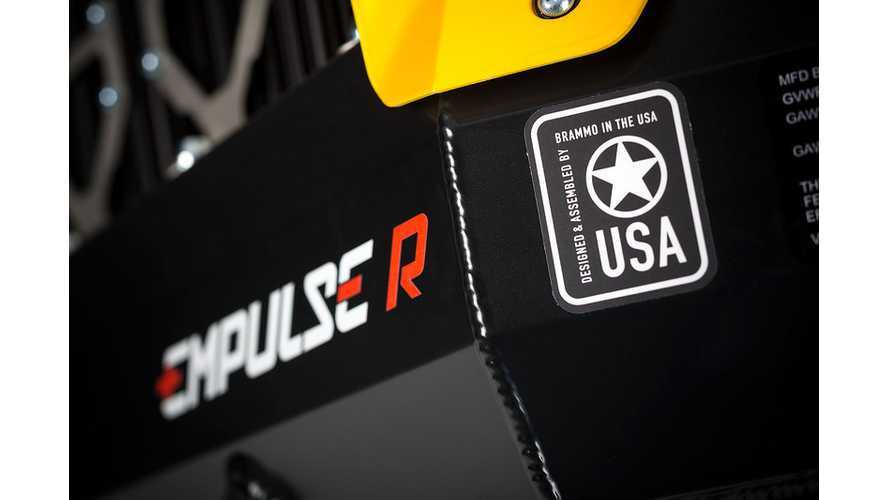 Okay, I can't stand it anymore.  I've thought this was going to go down for almost a year now, and now I think it's actually going to happen.  Remember, you heard it here first - internet gossip though it may be: I think Polaris is going to buy the Brammo Empulse and push it out through the same channels as Polaris' Victory and Indian lines in 2015.

Oh.  Didn't know Polaris owned a couple of motorcycle companies?  It does.

"In 2011 Polaris Industries purchased Indian Motorcycles and moved operations from North Carolina and merged them into their existing facilities in Minnesota and Iowa. Since August 2013, Polaris have marketed three modern Indian motorcycles that reflect Indian's traditional styling." (Wikipedia)

Wait.  What?  Head-to-head competing with Harley Davidson?  Put that thought on the shelf for a minute.

The common wisdom has been that Polaris is primarily interested in the Brammo technology for application in its utility vehicles.  Here's the problem with that.  I could design an electric drivetrain for a utility vehicle after a few beers and some ZZ Top on the box for inspiration.  It's just not that hard, and they already have those anyway.  What Brammo has, and Polaris could use, is a fully-formed awesome motorcycle, built, tested and with a owner base.  Gee.  Does Harley have that?

What Brammo doesn't have, by all reports, is cash.  Neither do they have a really solid dealer base - something they've been struggling with since the early Best Buy days of trying to port an electric motorcycle as an electronics gadget, however misguided and unsuccessful that may have been.  We're also going to take a stab and say, in light of the nearly 6-month "fire sale", they don't have much to speak of in sales, either.  Even Zero, who actually does talk sales numbers at times, reports sales in the thousands - not tens of thousands.  Though 2014 was a good year for Zero, it's still a microscopic number in the motorcycle market. Oh, and Brammo doesn't have a cruiser.  Yet.

There's plenty to back this up, though not a lot we can point to publicly and cite as verifiable fact.  Layoffs, cash issues, extended holiday closings, 2015 model announcement delays, and notably, a complete dearth of information direct from Brammo in spite of almost constant contact.  There's something brewing, that's clear, we just don't know exactly what it is.  Also, we've been in contact with many, many people, and after you hear the same comment from three or four independent sources, you tend to start thinking there may be something to it.

Sunset on the Brammo Empulse?

Let's say, for the moment and the sake of a good argument, I'm right and Polaris is buying the Empulse.  Will they use the Talent OR. facility to build them, or move the manufacturing to their Medina, Minnesota headquarters... or somewhere else?  Will they pull any of the staff from Brammo?  Will they re-brand the bike, or will it continue to be a "Brammo" Empulse?  Will they finally move to a high-voltage no-transmission bike that can compete with, and exceed, the Zero SR?   (A good friend of ours "in the business" said to us once: "Brammo bet on a tranny.  And lost."  Controversial though that may be, we're in agreement.)  A huge question - will Polaris then step out of their investment in Brammo?

But here's the most interesting question.  Do you figure that the Harley Davidson Livewire Project, something that raises more questions for us than it answers, has any relation to this caper, or vice versa?  We've been pretty vocal in our observations about the Livewire project not making much sense, but this certainly would shed some light on that move.

Lastly, of course, where would this all leave Brammo?  Without their headline product, and a full dance card of barely-related projects on their docket, you have to wonder if this would be a step for them to break out into a bigger market, or simply break.

Time will, as it 'most always does, tell.