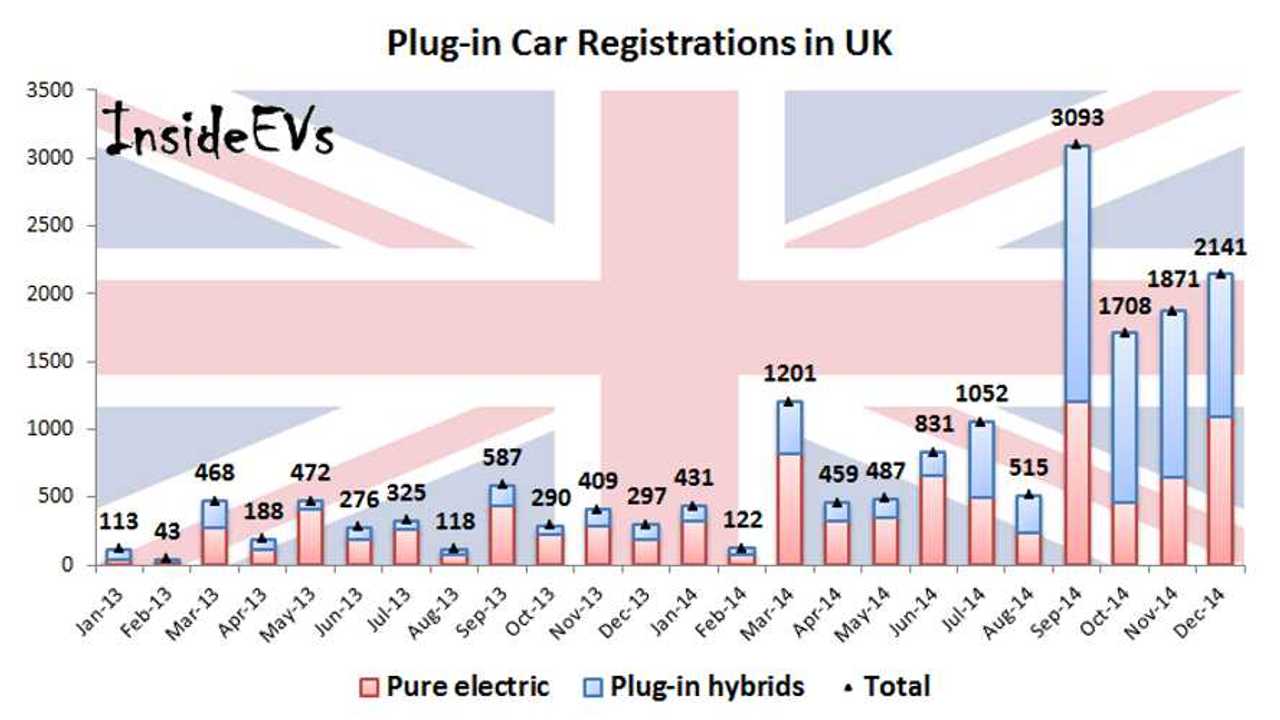 December 2014 was the second best month ever in terms of plug-in electric car sales in the UK.

Mitsubishi stated that the Outlander Plug-in was the best-selling plug-in car in the UK, without revealing numbers though:

"The Mitsubishi Outlander Plug-in electric vehicle has been the major highlight of the UK car market in 2014. Its introduction has transformed the plug-in market, which it now leads by a significant margin, accounting for nearly half of all FYTD sales."

As we know from previous stories, Nissan LEAF had 4,051 registrations (55% market share of all-electrics).

2014: the year of the alternatively-fueled vehicle