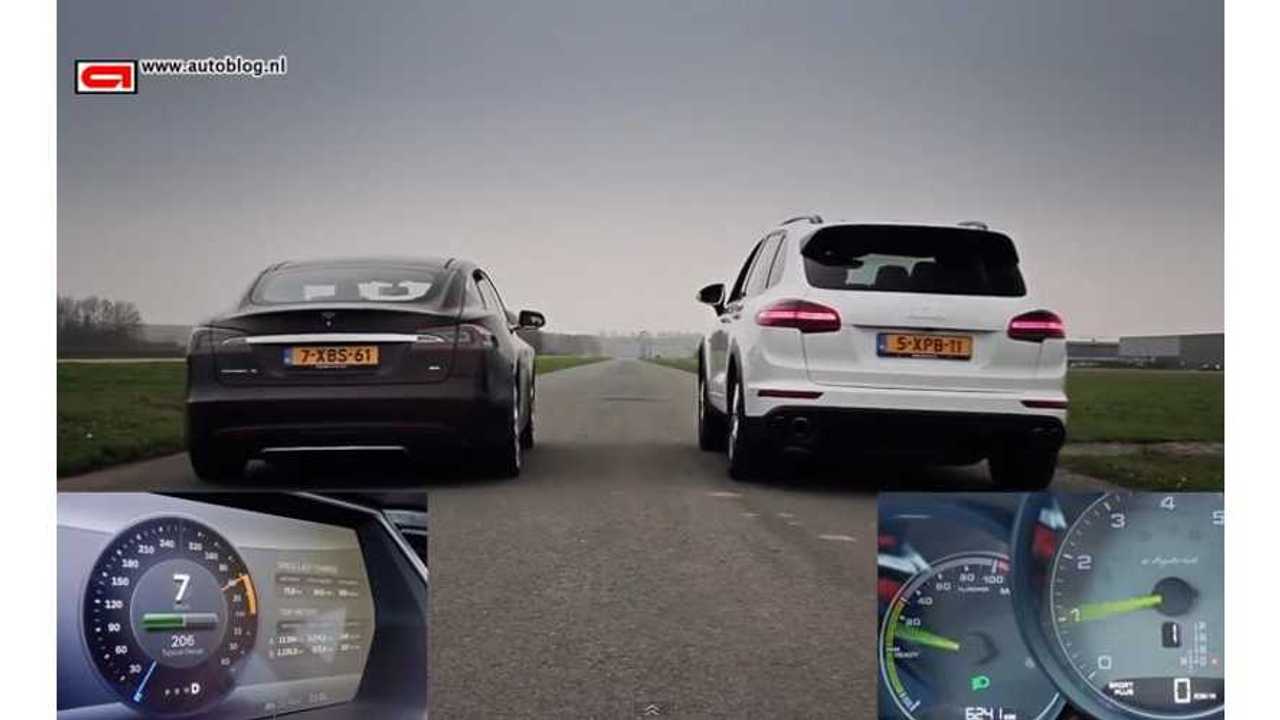 Here's an unlikely match up:

Editor's Note:  Although the video description labels this a P85 Model S, from the badging one can tell it is a standard 85 kWh car.

You'd think the Model S 85 clearly has the edge in this race, but the plug-in Cayenne is no slouch:

"The Porsche has a quicker start, but at the end the Tesla gets nearer."

By now, we all know the ability of the Model S, but since the Cayenne S E-Hybrid is relatively new on the scene, here are some details/specs:

"The Cayenne S E-Hybrid is the first plug-in hybrid in the premium SUV segment. The technical progress made here is immense compared to the previous Cayenne S Hybrid. The new model has a lithium-ion traction battery with an energy capacity of 10.8 kWh, which enables pure electric driving. The power of the electric motor was more than doubled, from 47 hp to 95 hp, resulting in an all-electric top speed of 78 mph. Combined with the 3.0 liter supercharged V6 (333 hp), a total system power of 416 hp at 5,500 rpm and a total system torque of 435 lb.-ft. from 1,250 to 4,000 rpm is available. This enables driving performance on the level of a sports car: zero to 62 mph in 5.4 seconds and a top speed of 151 mph."