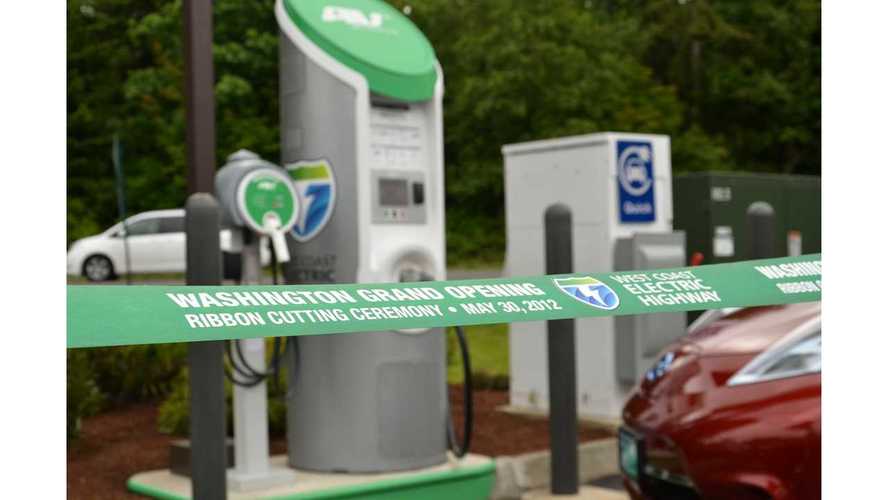 The West Coast Electric Highway in Washington and Oregon from the early beginning of the CHAdeMO charger rollout was an excellent example of a successful project that enables electric car owners to drive along the I-5 (chargers located every 25 to 50 miles) and other major roads in the area.

There are 43 DC fast charging stations in Oregon and 14 in Washington according to the Register-Guard, which is relatively high compared to other states.

“Oregon holds the title of having the most direct-current chargers per capita than any other state."

The infrastructure, installed a few years ago, seems to become more and more useful as the years pass by:

"Usage of the quick-charging units on the West Coast Electric Highway in Oregon has steadily climbed since 2012, when the first devices were installed, according to figures provided by Horvat."

"Monthly records were set between last July and November. The units were used a total of more than 1,400 times in that period, the figures showed."

More than 1,400 charges in Oregon for 43 stations over that time period is quite a lot. Next year, this number should go up. Interesting is that, on average, just 8 kWh of juice is needed for each recharge.