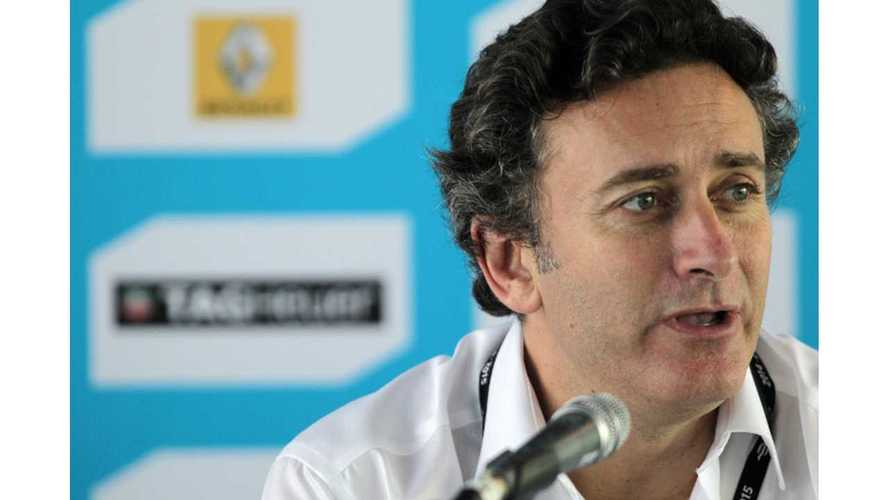 El Confidential fell upon the trail of rumors of Alejandro Agag's withdrawal from his Formula E investment.

Agag, the CEO of Formula E, is intent to sell his shares, according to rumors.

Formula E has ran just two races of the first season, and soon could be step-by-step acquired by F1 owner - CVC Capital.

We are curious is this just monetary deal to profit Agag, or is interest in Formula E weaker then expected among sponsors, which led to the decision to sell shares early? In fact, if the business develops well, then it would be wise to hold for at least a few more years, so we're somewhat confused by Agag's actions.

"Formula E CEO Alejandro Agag and stakeholder Enrique Bañuelos "want to end their common interest in Formula E," according to Hernanz & Rubio of EL CONFIDENCIAL. After "just two races of the first season, both businessmen are reportedly negotiating with various investment firms." Currently, the best-positioned is F1 majority shareholder CVC, "which is performing due diligence to evaluate the quantity of a possible offer." Contrary to Bañuelos, Agag "wants to take advantage of CVC's link to F1 to offer it an alternative to the circus of F1." CVC is "studying Formula E as an entrance in a new market, with a new audience, in an embryonic business sector that, with its concept and technical arrangement, will be a vanguard in the development of electric automobile technology."