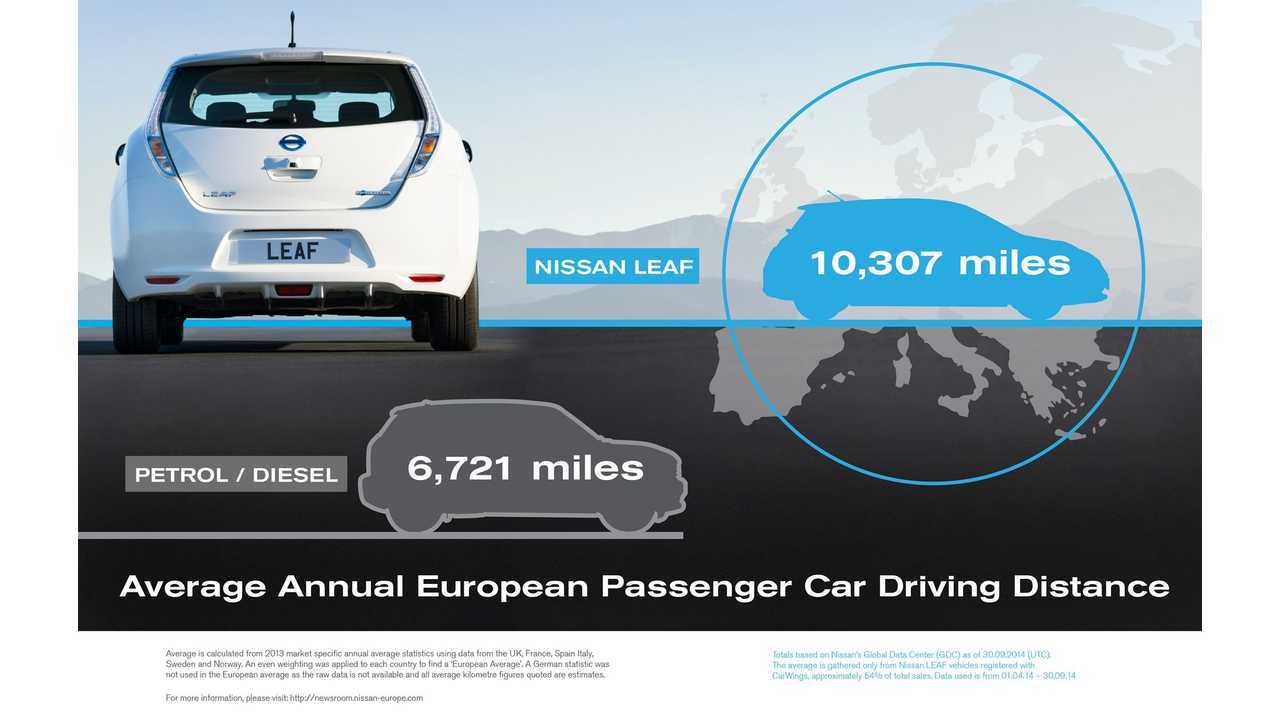 Nissan recently provided data on the average distance driven by LEAFs in Europe, which indicates that LEAFs drive over 50% more miles than petrol or diesel vehicles.

"* Average is calculated from 2013 market specific annual average statistics using data from the UK, France, Spain Italy, Sweden and Norway. An even weighting was applied to each country to find a ‘European Average’. A German statistic was not used in the European average as the raw data is not available and all average kilometre figures quoted are estimates."

Data on the LEAFs comes from CarWings telemetry.

On a weekly basis, this translates to 228 miles for Spain and 198 miles for the whole of Europe - see table - while ICE vehicles average 129 miles per week:

"Further research from the automaker indicated that 89 percent of LEAF drivers charge overnight at home, benefiting from a cost per mile of just two pence or less†.

This insight into LEAF driver habits, comes just four years since the car’s launch, in 2010, as one of the first mass-market, pure-electric vehicles. It is now the best-selling electric vehicle in history, with over 150,000 LEAF vehicles sold globally, more than 31,000 of which have been sold in Europe. The launch follows on from the success of the Nissan LEAF, its all-electric car, which has collectively clocked up an impressive one billion kilometres worldwide*."

“Since the beginning we have said that the Nissan LEAF is much more than just a city car or second car and now we can show the data that proves this. Our customers frequently tell us that they buy the Nissan LEAF as a second car, but end up using it far more than their other vehicle and the information we receive from CarWings reinforces that message.”

“The customers tell us this is because the car has very low fuel and servicing costs and that along with the smooth, almost silent ride of the Nissan LEAF make it difficult to go back to a diesel or petrol car.”