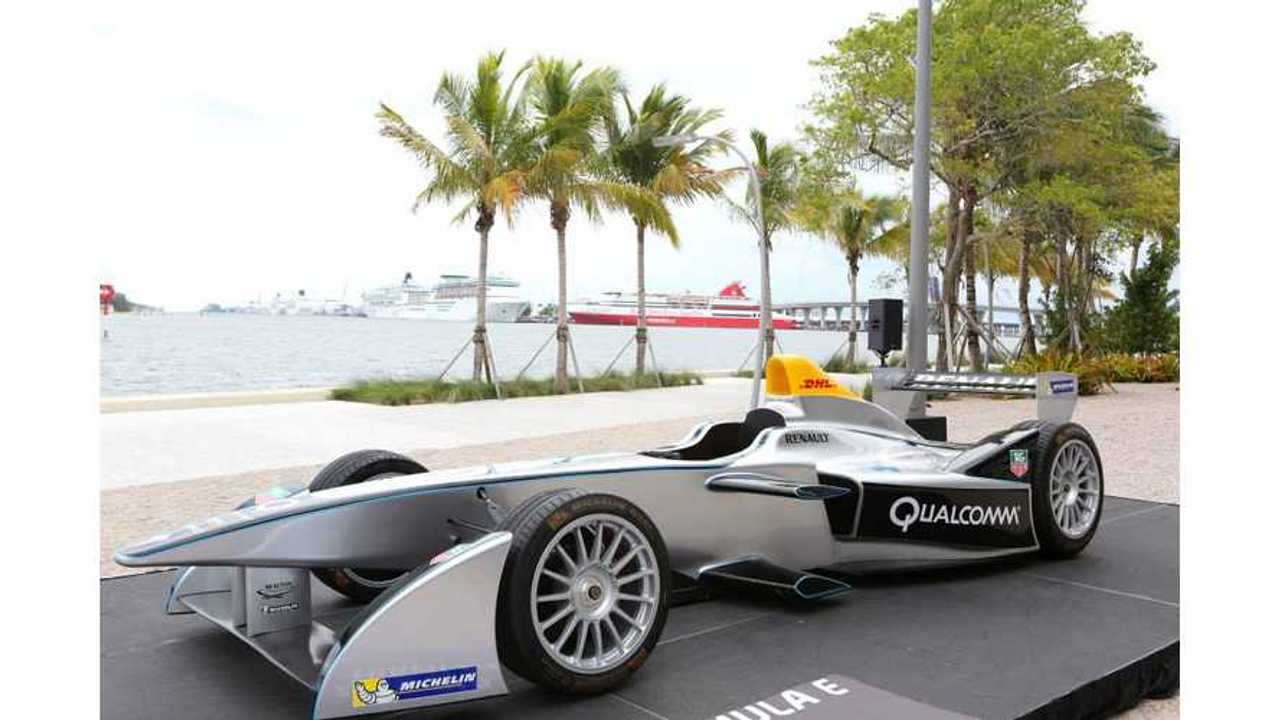 Miami Today news is reporting that the Formula E racing event scheduled for March 13-14 2015 in Miami, Florida will "generate $10 million in direct spending, 240 direct and 2,000 indirect jobs; and will attract 25,000 visitors."

Furthermore, the Miami event alone is "expected to be seen by 213 million viewers worldwide and to produce 50 million Internet impressions."

That sure seems like a lot of interest generated by one electric race.

Here are some additional details on the Miami Formula E event:

"The Miami event is to run on 1.62 miles of Biscayne Boulevard from roughly Northeast Sixth to 11th streets in a loop with 10 turns, changing direction under I-395."

"In addition to the race itself, there is to be a car show during the day and an evening gala at the Perez Art Museum Miami, in addition to a concert at the American Airlines Arena. The two-day event is expected to bring in about $1 million in incidental spending."

Formula E is now three races into its inaugural season.  So far, all races have been popular and we expect interest to rise as the racing series ages.