By 2022, All BMWs Will Be Electric - Mostly AWD Extended-Range EVs 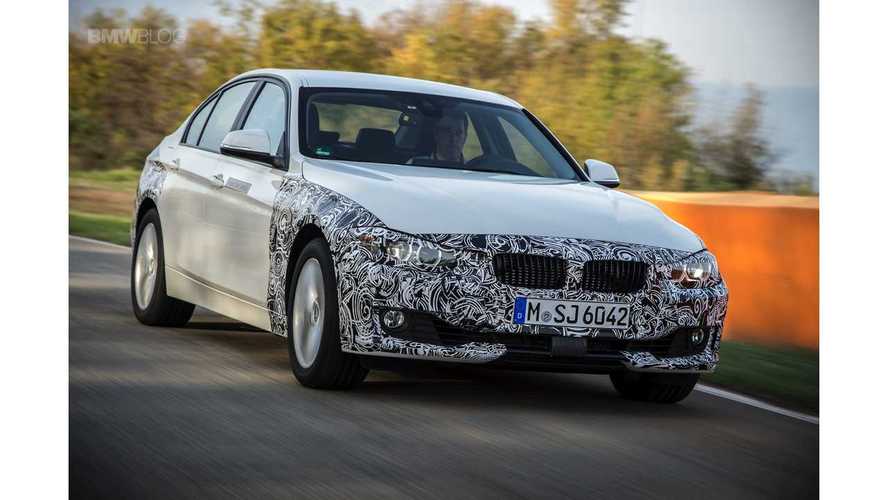 Autocar put out a report on BMW's future electrification plans.  The report states:

"BMW is getting ready to embark on a radical engineering and technology drive which could see all future models from the 3-series upwards, including the Rolls-Royce range, become all-wheel-drive range-extender electric cars."

"In will come bodies made from a mix of steel, aluminium and composites and powertrains that use electric motors as the primary drive source, backed up by a large battery pack and a fundamentally rethought internal combustion engine family that spends much of its time acting as a generator and running at peak efficiency."

Additional changes will be made to improve aerodynamics and reduce rolling resistance, all in an effort to improve efficiency and range.

The report essentially concludes that from 2022 on (2022 is the year that new versions of all BMWs will be on the roads), all BMW offerings (excluding Mini and the BMW 1 Series) will be plug-in hybrids or electric and most will be AWD EREVs.  And yes, the switch is largely due to emissions regulations:

"BMW’s ‘big car’ sales — not including the 1-series and the Mini family — amount to about 75 per cent of its output. This means getting the CO2 emissions of the mainstream 3-series, 4-series and 5-series models down to 50g/km (on the current test regime) or even lower.

So the adoption of some kind of plug-in hybrid powertrain — the sort that will appear in the 3-series eDrive in 2016 — will be necessary for all of BMW’s larger cars over the next decade. The downsides of today’s plug-in hybrid technology are weight, the need to make space for a battery and the high cost.

The plug-in hybrid setup that BMW will largely turn to is scalable, meaning that it can be applied with minor changes to most all BMW models:

"This new hybrid powertrain is described by BMW as being “scalable from the 3-series to a V12 Rolls-Royce”. It uses two electric motors, one on the rear axle and one mounted directly behind the engine.

A large battery occupies the centre tunnel and some of the space usually occupied by the fuel tank. The front-mounted engine acts as a generator in most driving situations, creating electricity to help drive the electric motors. The front electric motor is key to the new powertrain.

BMW won’t reveal the details of this new combined electric motor and transmission system, but company engineers told Autocar that the combustion engine would probably be driving the front wheels only about 10 per cent of the time in a typical journey."

You'll find loads of additional information on the operation of this powertrain and on BMW's future electric plans by clicking the source link below.  Autocar's article is extremely detailed and includes lots of insider information.