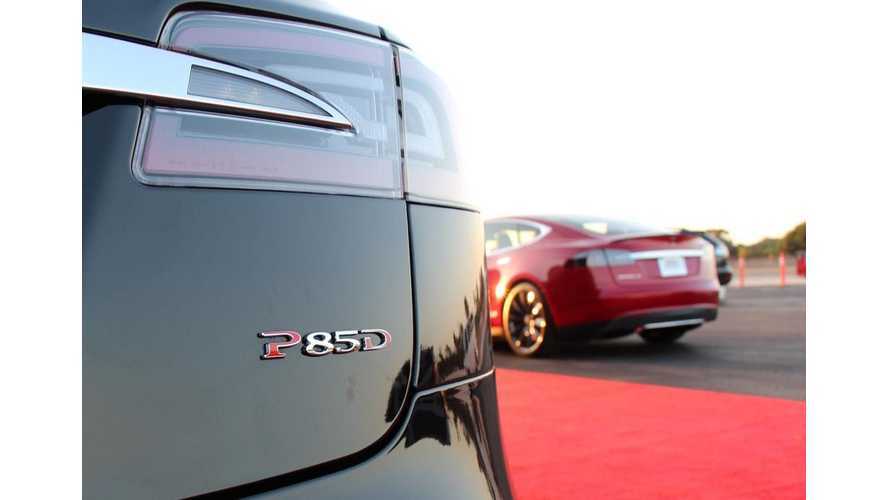 Cutaway Of The Dual Motor System

The interview focuses solely on Tesla, not on Musk's sleeping habits or SpaceX or any off topic discussions like we've seen in recent Musk interviews.

Two topics of discussion in the interview caught our attention: dual-motor orders and Model 3 details.

"The P85D is a precursor to the Model X, which will use the same chassis and drive train architecture. Demand for the P85D is off the charts. We're seeing a very high proportion of orders for all-wheel drive, either P85D or 85D (which has smaller, equal sized electric motors front and rear), so 70% plus of our cars will be dual motor. With deliveries of the X due to start next summer, the biggest problem we have at Tesla now is meeting production demands."

That 70% figure is shocking.  We wouldn't have expected it be over 50%, but apparently the world lusts for all-wheel-drive.

Turning his attention to the Model 3, Musk commented:

"We need the Gigafactory because there currently isn't enough battery cell capacity for a high-volume, pure electric car at any price.  The Model 3 is 20% smaller than the Model S, so the battery pack can be just 80% of the size, but we're aiming for a 50% price reduction from the S, so we need the factory to make it affordable."

Check out the rest of the GQ interview with Musk here.