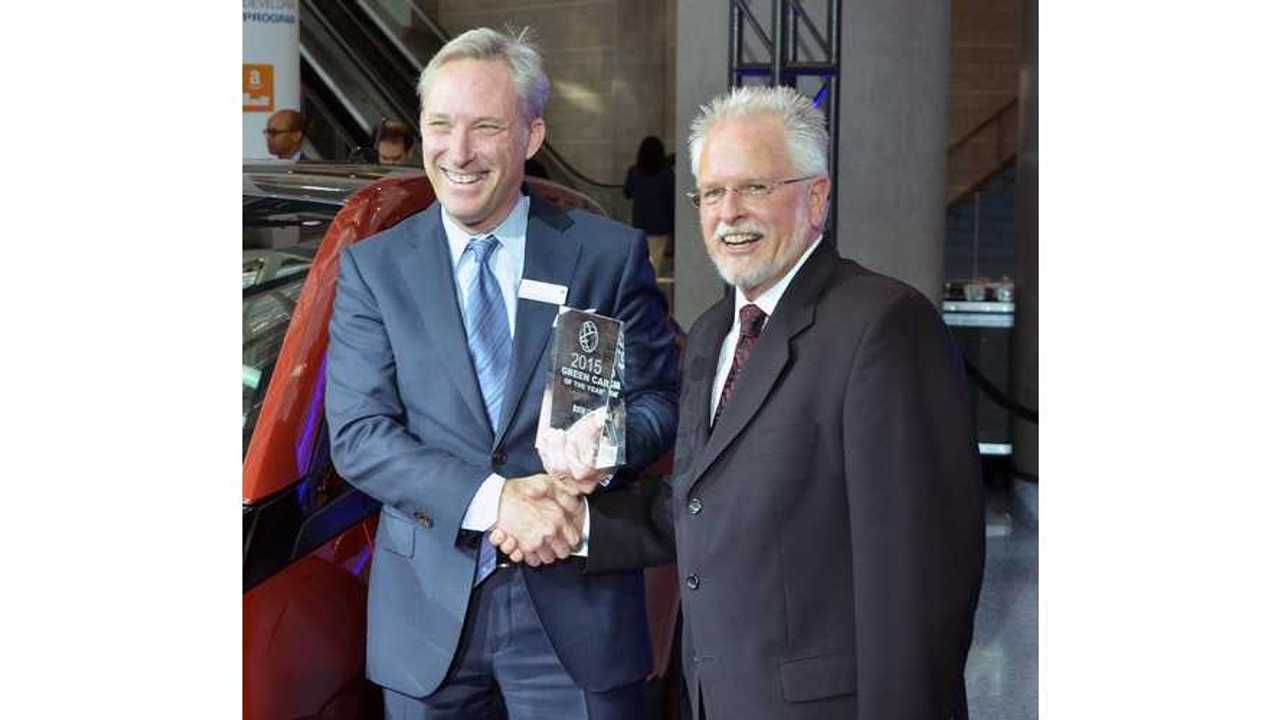 It's end of the year time, so we figured we'd look back on the year that was for the most highly awarded electric car of 2014: the BMW i3.

The i3 is a highly innovative breakthrough car that's deserving of honor.  i3 is one of only a few all-new plug-in vehicles to debut in the U.S. in 2014.

In its first year-plus one the international market, the BMW i3 packed its trophy case full.  Here are just some of the more notable awards that the i3 grabbed:

"Early adopters of the BMW i3 in Germany praise its sporty performance in particular. This is based on a 125 kW/170 hp electric motor, which offers highly responsive acceleration, and advanced chassis engineering. These drivers mainly use their BMW i3 for everyday urban driving and for commuting to work. For the most part they charge the lithium-ion battery overnight, at home. These first customers’ main reasons for buying the first electric vehicle from the BMW Group are its integrated sustainable mobility concept and BMW’s acknowledged technological expertise. Stand-out features of the BMW i3 in the eyes of its first German customers are its carbon-fibre (CFRP) passenger cell, renewable interior materials, mature powertrain engineering, state-of-the-art connectivity, and styling which these customers perceive as “futuristic."

And lastly, the German automaker makes it known that:

"Demand for this electric vehicle, which can optionally be supplied with a range extender, is outstripping expectations."