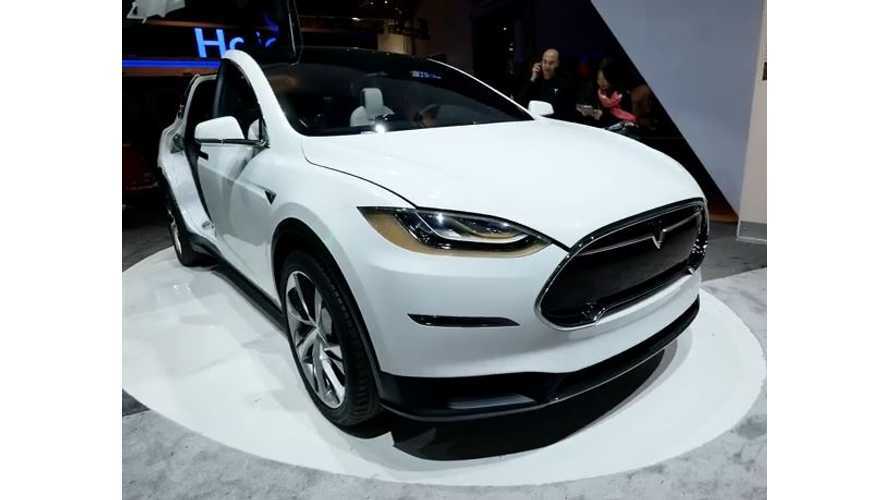 At the 2015 Consumer Electronics Show in Las Vegas, Nevada, Tesla Motors once again wheeled out its pre-production prototype of the Tesla Model X:

Unfortunately, we've yet to see the production-intent version of the Model X, as it's now been delayed more times than we can remember.  This particular X we have seen appear at several events over the past couple years.

Hopefully this is a case of Tesla keeping their powder dry ahead of the big NAIAS in Detroit next Monday and the production version of the X, along with all the specs and pricing, will still be revealed at that time - or shortly thereafter.

The latest official word from Tesla on the Model X launch is:

"...we now expect Model X deliveries to start in Q3 of 2015, a few months later than previously expected."

“Work continues on the finalization of Model X with the testing of Alpha prototypes and initial builds of the first Beta prototypes. Model X powertrain development is almost complete with the early introduction of Dual Motor drive on Model S. We recently decided to build in significantly more validation testing time to achieve the best Model X possible. This will also allow for a more rapid production ramp compared to Model S in 2012."