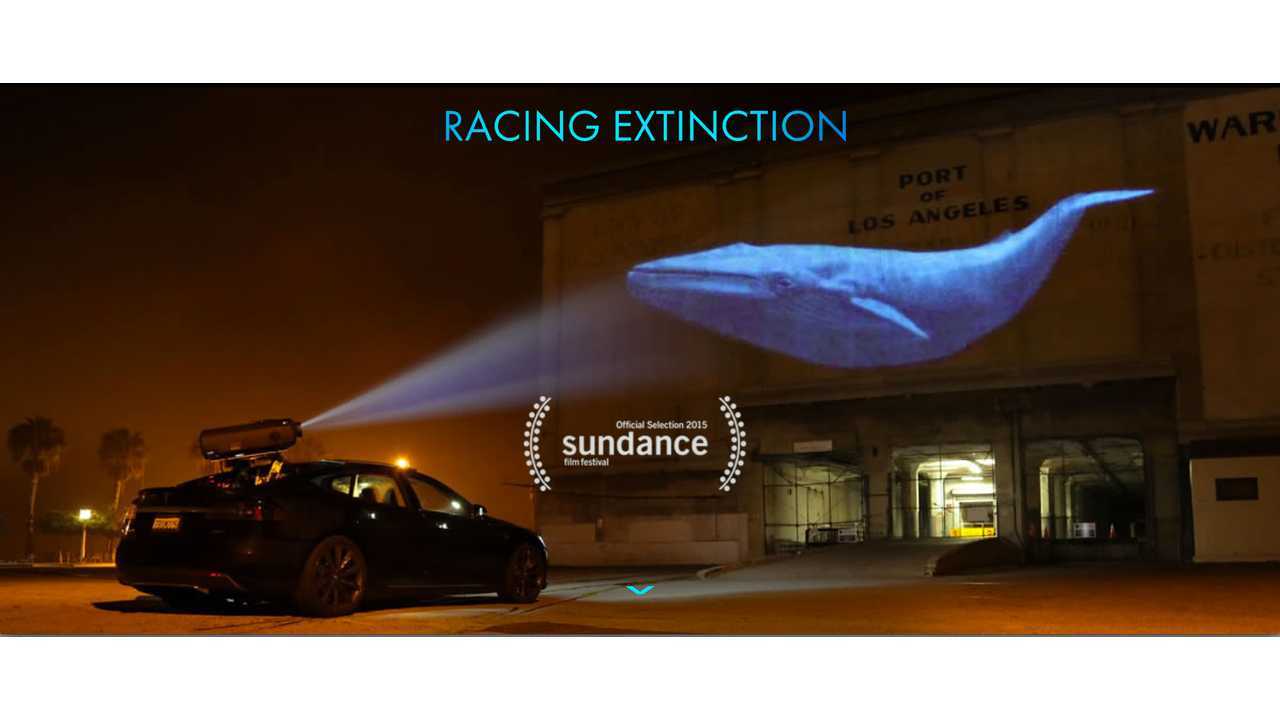 So, this is what that Tesla Model S with the electroluminescent paint was for.

Click here to see that rear camera pop out!" draggable="false">

Click here to see that rear camera pop out!

As you'll see in these pictures and video, this Model S is fitted with all kinds of James Bond 007-like gadgets/upgrades for a documentary film called "Racing Extinction".

The modded Model S will be driven by Leilani Munter, race car driver and an environmental activist who owns a Tesla Model S P85+.

Munter claims that the paint upgrade alone costs $40,000 dollars a gallon and says that it takes close to 10 gallons to paint the Model S in this high-tech hue.  So, you're looking at a $400,000 paint job, making this the most expensive Model S ever.

In a nutshell, Racing Extinction is a film that exposes the environmental and endangered species concerns that we're facing.  The film will debut at the Sundance Film Festival, which runs from January 22 through February 15.

To understand more about the film, check out the Racing Extinction trailer below:

Want a closer look at CO2 (through some very high-tech camera equipment), check out the video below:

FLIR: The Invisible Made Visible from Oceanic Preservation Society on Vimeo.