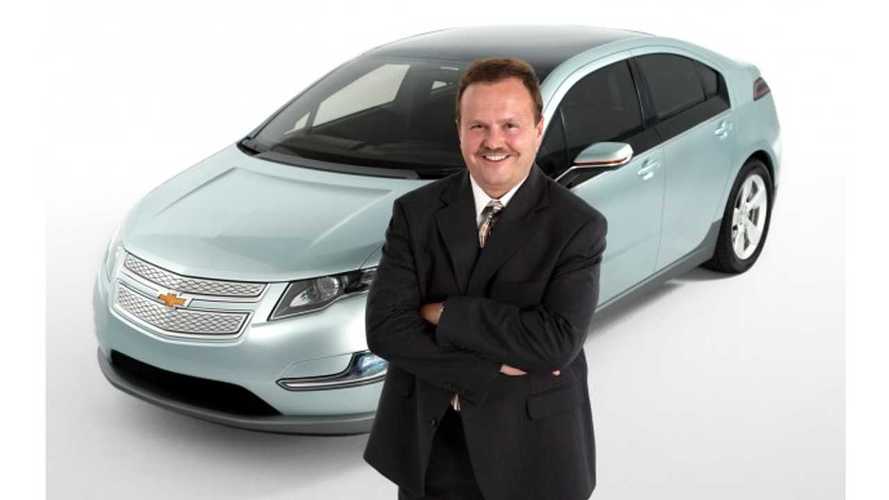 Tony Posawatz sure has gotten around a lot in recent times.

From leading the team that brought the award-winning Chevrolet Volt from concept to production, to heading up Fisker Automotive as CEO, Posawatz has been leading the plug-in electric car charge for several years now.

Nexeon Appoints Top Automotive Expert to its Board of Directors

Battery materials development company Nexeon has appointed Tony Posawatz as a Non-Executive Director (NED) with immediate effect. Posawatz is well known in the automotive industry for leading the team that brought the award-winning Chevrolet Volt from concept to production.

He is an expert in vehicle electrification, alternative/advanced propulsion, energy and clean technology, with over 30 years' experience, much of it at General Motors. He was recognized as an Automotive News All-Star and was awarded The Detroit Free Press Automotive Leadership Award. After leaving GM, Posawatz became President & CEO of Fisker Automotive, the producer of the award-winning Karma plug-in hybrid electric vehicle.

Tony Posawatz has experience of both very large company environments and technology start-ups, including fund-raising and business development negotiations in China/Asia. He is President & CEO of Invictus iCAR LLC, an automotive innovation consulting firm, and serves on several boards. He is a licensed professional engineer and has an MBA from Dartmouth College.

"I would like to welcome Tony to the Nexeon Board", said Dr Paul Atherton, Nexeon's Chairman. "His unrivalled experience of electric vehicle technology and the automotive industry in general will help Nexeon enormously in addressing the challenges and opportunities we face."

This is the second NED to join the Nexeon Board in recent weeks, with the appointment of ex-Nokia executive Antti Vasara having been announced in December. Both consumer electronics and automotive sectors are of great importance to the application of rechargeable batteries. Nexeon's silicon anode technology is enabling a new generation of lithium ion (Li-ion) batteries with higher charge density for a longer time between charges.