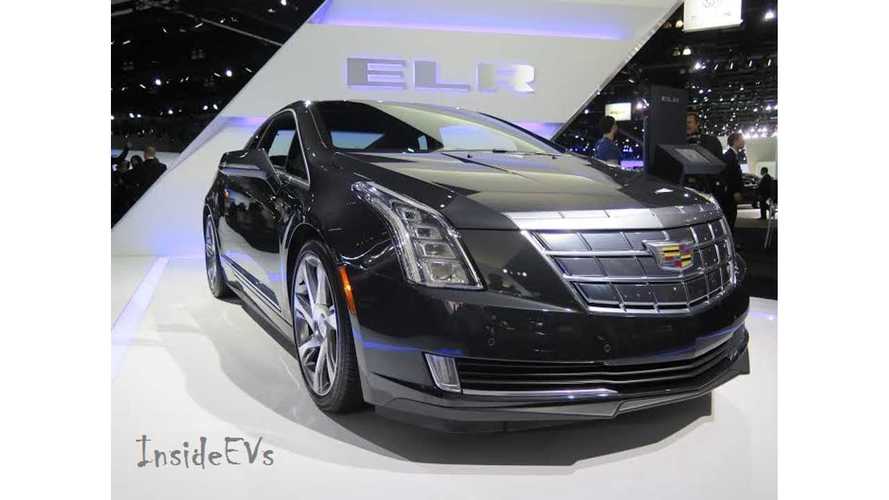 Over the past few years, we have been a little tough on Cadillac's new boss, Johan de Nysschen when it comes to plug-in vehicle technology.

After Spending Some Time Heading Up Nissan Luxury Brand, Johan de Nysschen Moved To GM's Over The Summer

Of course to be fair, Mr. de Nysschen has had a somewhat checkered past, in the only segment we cover:

Since taking over the top job at Cadillac in late July, the hits have kept coming: But lets given Mr. de Nysschen the benefit of the doubt (again) as some of these happenings may have just been circumstantial coincidence.

The Caddy chief sat down with Auto World News at the LA Autoshow to discuss the future of the Cadillac ELR - so perhaps there is some other factors at play behind the extended range, luxury ELR that we are not aware of and he really is a proponent of EVs after all.

On why the Chevrolet Volt should have came out second (or perhaps not at all):

Another Look At The Cadillac ELR From LA

"If we were to have launched the technology into ELR first, and if we had positioned ELR as a segment competitor to a Tesla, which is today so far the premium electric car; and we were to have presented this car as an EV, with the ability to get you home when the charging infrastructure isn't there to support you; and to overcome a major impediment to people adopting EVs in a widespread basis, which is range anxiety; and we produced this car with the usual Cadillac craftsmanship, technology, and quality of execution, nobody would've thought that the car was too expensive. The fact that people do is as much a reflection on, I suppose, our bad, in how we positioned this car."

On adjusting the ELR's $75,000 MSRP to better fit the market's expectation:

"...if we were to reprice ELR, to the point where somehow we found a point that people would buy it buy the thousands, then all we would achieve is, the more cars you sell, the more money you lose. There's no point in that. It is where it is."

On future ELR-based cars and technology for Cadillac:

"I absolutely believe that we need not only a successor to ELR but more vehicles of that caliber and they will be part of our future. We must not give up on the car. I cannot have 50 priorities at the same time. The team and I will get around to working on ELR, but it is clearly going to be a niche car."