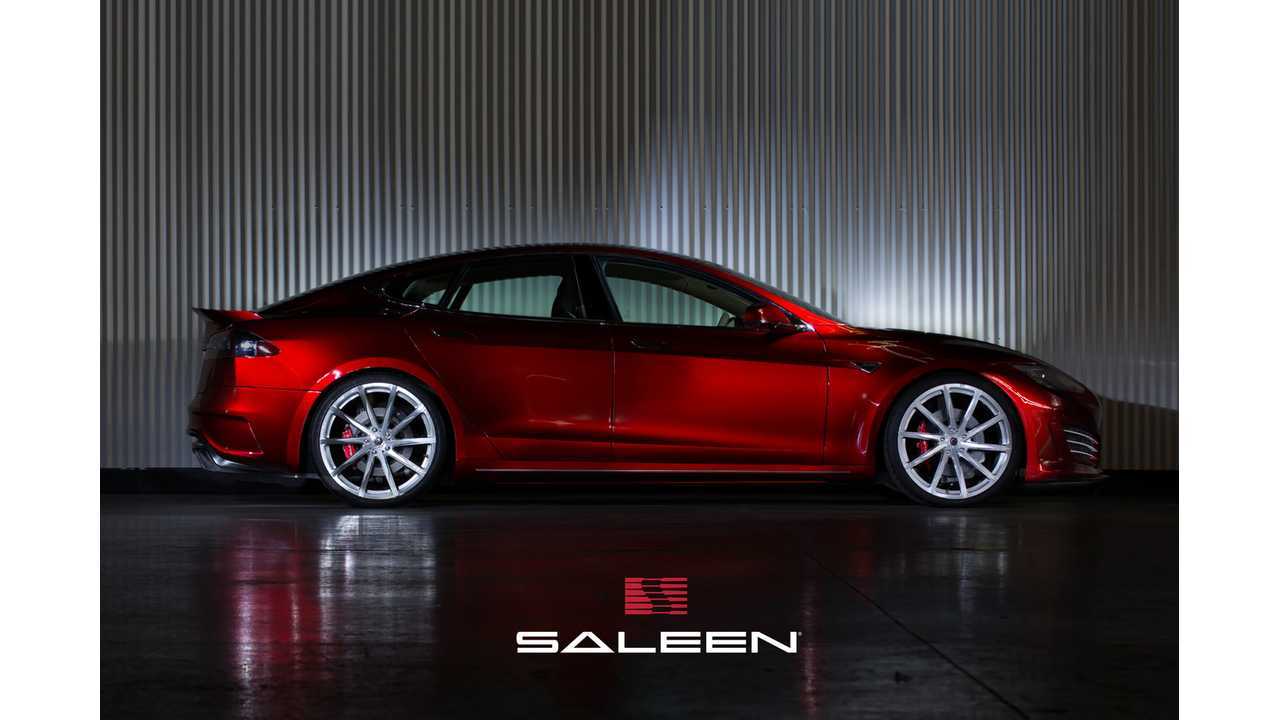 Though it theoretically costs only $152,000 to order a Saleen FourSixteen (aka Saleen Tesla Model S), if you tick all the boxes, then the price skyrockets to over $245,000.

We're not sure how much coin the first Saleen FourSixteen buyers parted with, but some of those buyers have now taken delivery of the Saleen Tesla.

First fully revealed 3 months ago (with deliveries then promised in 6 to 8 weeks), Saleen's dream of selling a modded electric has finally been realized.

"Keeping with our core competencies, we've accomplished concept-to-production in a short time," noted Steve Saleen, CEO of Saleen Automotive. "Moving quickly in the automotive industry is paramount to maintaining (and gaining) marketshare, especially in such an advanced segment as the electric car market."

In 2013, the BMW Group sold more vehicles than ever before in the company's history with an increase of 6.4% from the previous record year. Mercedez Benz also had a record breaking 2013 with 1.4 million in luxury sales, recently outselling Audi to become the world's 2nd largest luxury car brand of the year according to Bloomberg.com

The trend for luxury cars continues to climb as the demand for luxurious eco-friendly options becomes a growing necessity in the automotive industry. Telsa is at the forefront of this demand and forecasts are trending to be 20% above target with over 21,500 cars sold in 2014. Pairing Telsa's conscious, luxurious design with Saleen's prestige performance has proven to be a masterpiece.

As for those "additional drivetrain options" mentioned by Saleen in the header of the press release, the tuner states:

In addition to production on the current 2014 P85+ based sedan, Saleen is also taking orders on the 2015 model lineup. The updated 2015 drivetrain will present an additional opportunity for Saleen to increase cooling performance, aerodynamics and acceleration on the base 60 and 85, and P85D Model S chassis.

With a starting MSRP of $124,500 after federal tax credits, the newly updated vehicle and configurations on the 2015 all-electric Saleen model will receive updated performance numbers as well: A single motor 380HP motor configuration and a dual motor 691HP motor configuration that is expected to accelerate at a seat planting 0-60MPH in under 3 seconds.

Under 3 seconds!!!  That would represent a slight improvement over Tesla's official time of 0 to 60 MPH in 3.2 seconds for the most powerful dual-motor variant: Model S P85D.

And a link to the PDF form you need to fill out to place your order.