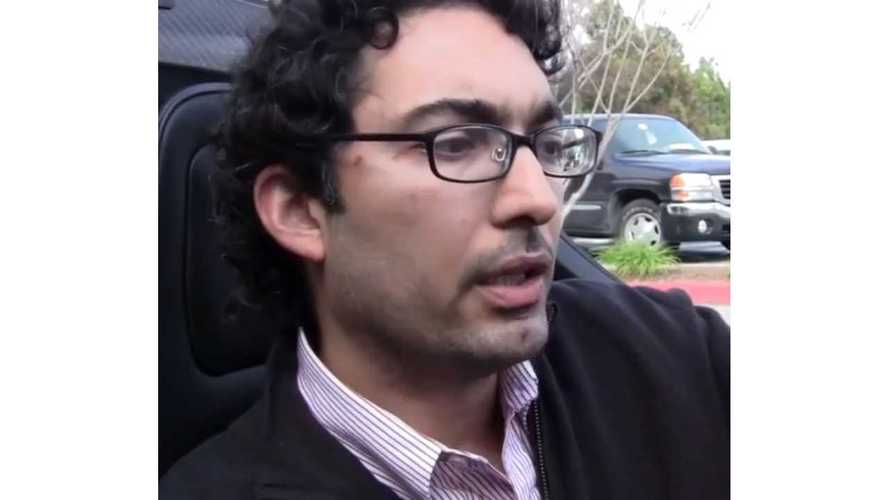 It is hard to put Tesla's most recent hire into context; is the re-hiring of Ricardo Reyes a positive move forward or a comfortable step back?

By all accounts, Mr. Reyes did a pretty decent job heading up Tesla's communication department when he took up that role previously in September of 2009 (a job he held through March of 2012 before leaving to join start-up payment taker Square).  Of course, Tesla was a very different (and smaller) operation then.

Ricardo Reyes Returns To Tesla, A Company He Was Previoulsy with From 2009 to 2012 (Picture via Stanford Journalism)

One could view this as a successful homecoming of sorts for Ricardo, or one could see this as a return to the familiar/safe for Tesla after losing the high-profile services of Simon Sproule as their communication boss after just six months on the job.

Mr. Sproule was seen as a high profile plundering from Nissan-Renault, where he had served as Director of Communications.

When Mr. Sproule was first hired at Tesla in March, we speculated that he was in for a little bit of a culture-shock, and perhaps was not prepared to work inside a much more streamlined automotive brand when it came to marketing.

Sure enough, when Nissan's lost their #2 man in Andy Palmer - who took over as CEO of Aston Martin, a job offer of "Chief Marketing Officer" from his former Nissan co-worker came a few days later...and that was all it took for Mr. Sproule to leave Tesla and head to Europe full-time just 6+ months after being hired.

Bloomberg's BusinessWeek reported that Simon's exodus was brought on in part by the "struggles he faced trying to hire more staff."

It was because of Mr. Reyes' good working relationship with CEO Elon Musk in the past that ultimately endeared him to Tesla once again, and Bloomberg reports he is quite happy to be returning.

“When I first went to Tesla, I thought the company had this incredible mission, and then there were the tall odds and challenges that attracted me. As I look at it now, the company has not lost any of that drive or ambition, and the mission is really clear.”

The new Tesla communication's leader also tweeted out some additional sentiments - already mimicking his old/new boss' favorite (and inexpensive) way of getting out the message:

Twitter - Probably The Most Common Method Of Communication At Tesla Motors

So, can you return to the well that once served your needs decently enough now that you are $26 billion dollars bigger (at least according to Tesla's market cap)?   We will find out.

In the meantime, we have to agree with the outgoing Mr. Sproule, that Tesla needs to put some more resources into their communications and marketing budget if they are serious about selling the Model 3 to the masses in 2017.  Perhaps Simon's unexpected exit will have loosened the purse-strings at Tesla, and will offer Mr. Reyes a more accommodating working environment.