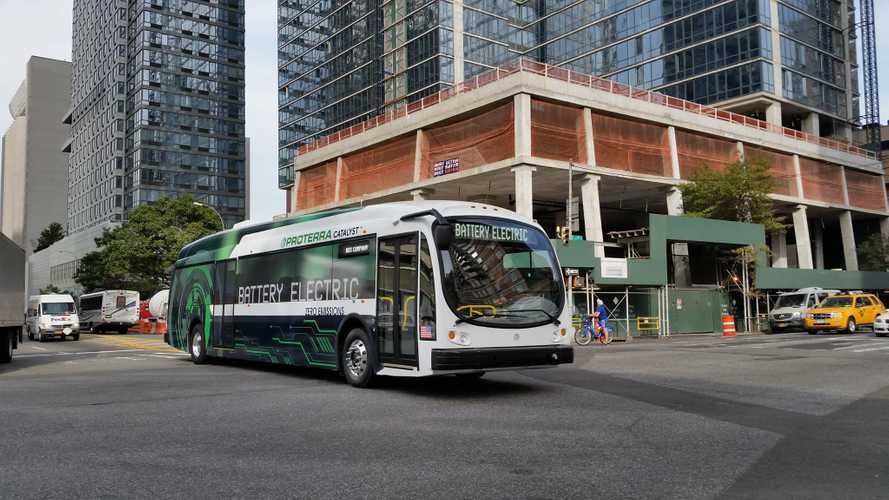 In early November, Proterra released a video from the APTA Expo in Houston where several manufacturers presented electric buses.

Proterra had a new model on display, equipped with battery cells from a new supplier - Toshiba. Those are LTO batteries like the previous ones from Altair Nanotechnologies, which according to Proterra can be charged in 10 minutes.

Having such batteries imposes a strategy of short range and quick charges along the route throughout the day with power of 450 kW.

But a bus with smaller battery pack can offer more space and less weight, which improves efficiency.

Proterra's website indicating that the total mileage of its electric buses in revenue service is approximately 750,000 miles.

"Proterra is a world leader in the design and manufacture of zero-emission vehicles that enable bus fleet operators to reduce operating costs and deliver clean, quiet transportation to the community. Proterra’s second-generation bus is the world’s most fuel-efficient battery electric bus and features advanced on-route, fast-charge technology that enables infinite range."