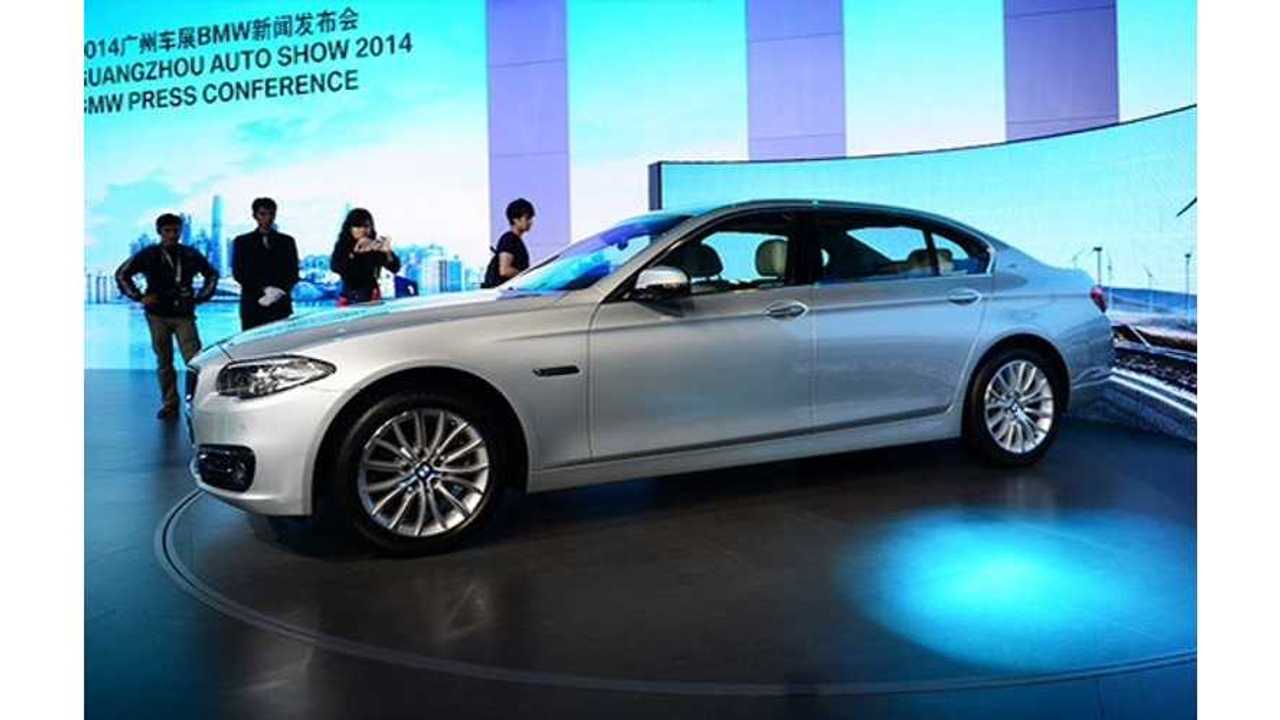 The BMW 530Le plug-in hybrid makes its world debut at the 2014 Guangzhou Auto Show. Built specifically for the fast growing Chinese automotive market, the 530Le is based on the long wheelbase 5 Series which is manufactured in China by the Brilliance-BMW joint venture.

Just like the BMW X5 eHybrid, the 530Le combine a four-cylinder IC engine (the familiar N20) and a ZF 8-speed automatic transmission. Instead of the usual torque converter the 530Le inserts an electric motor.

The conventional engine produces 242 horsepower for an overall power output of around 272 horsepower.

Planned to officially hit the market early next year, the BMW 540Le plug-in hybrid is produced in Shenyang, Liaoning province.