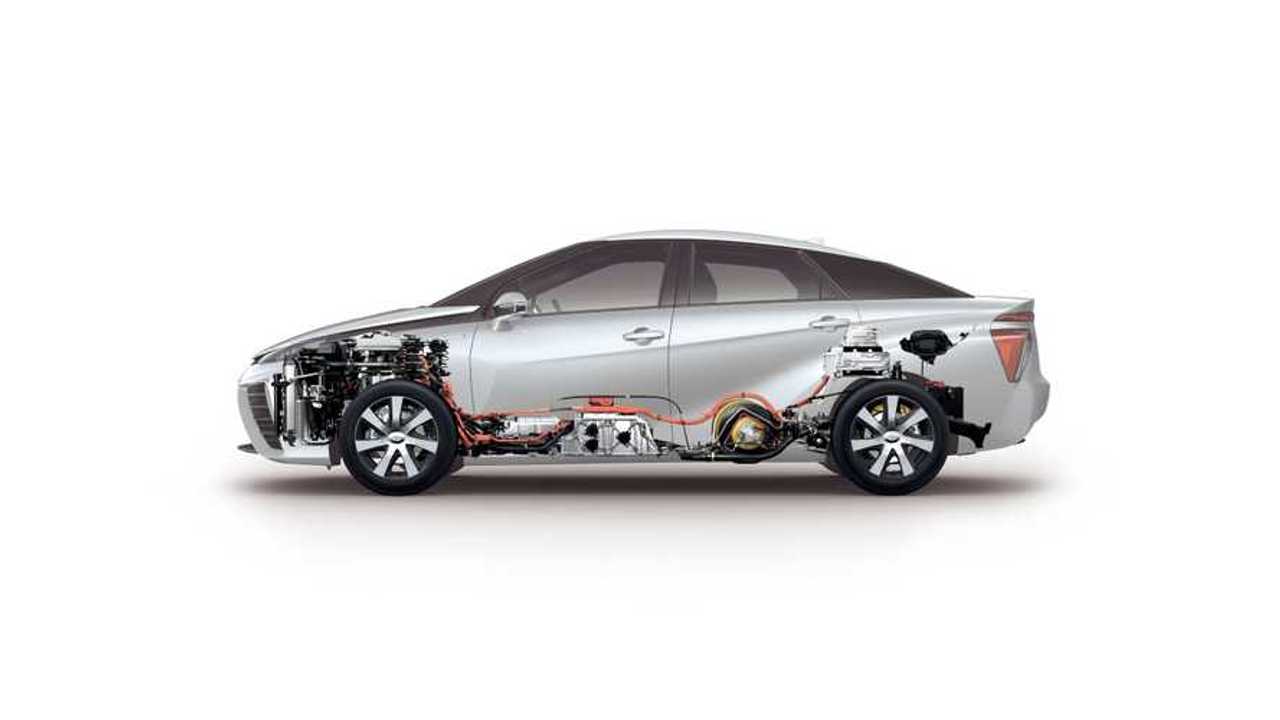 Toyota surprised us at the the 2015 Consumer Electronics Show in Las Vegas by announcing that its 5,680 patents related to fuel cells are now open to the automotive industry.

This move reminds us of the earlier decision by Tesla Motors move. The patents belong to few groups:

The target is automotive industry and suppliers (hydrogen station manufacturers too), while companies from other industries will be evaluated on a case-by-case basis.

Toyota expects, but will not require, that other companies who use those patents will open their doors to Toyota.

We are curious why Toyota did this? One of possible answers could be that fuel cell cars are so far behind all-electric and plug-in hybrids that supporters of FCEVs need all hands on-board.

"Toyota has a long history of opening its intellectual properties through collaboration, and was instrumental in facilitating the widespread adoption of hybrid vehicles by licensing related patents.  Today’s announcement represents the first time that Toyota has made its patents available free of charge and reflects the company’s aggressive support for developing a hydrogen-based society.

This Toyota initiative builds on previous commitments, including substantial financial support for the development of a hydrogen fueling infrastructure in California and the northeastern United States. In May 2014, Toyota announced a $7.3 million loan to FirstElement Fuels to support the operations and maintenance of 19 hydrogen fueling stations across California. In November 2014, Toyota announced a collaboration with Air Liquide to develop and supply a phased network of 12 state-of-the-art hydrogen stations targeted for New York, New Jersey, Massachusetts, Connecticut and Rhode Island.

The hydrogen fuel cell patents will be made available to automakers who will produce and sell fuel cell vehicles, as well as to fuel cell parts suppliers and energy companies who establish and operate fueling stations, through the initial market introduction period, anticipated to last until 2020. Companies working to develop and introduce fuel cell busses and industrial equipment, such as forklifts, are also covered. Requests from parts suppliers and companies looking to adapt fuel cell technology outside of the transportation sector will be evaluated on a case by case basis.

Today’s announcement covers only fuel cell-related patents wholly owned by Toyota.  Patents related to fuel cell vehicles will be available for royalty-free licenses until the end of 2020. Patents for hydrogen production and supply will remain open for an unlimited duration. As part of licensing agreements, Toyota will request, but will not require, that other companies share their fuel cell-related patents with Toyota for similar royalty-free use.

“At Toyota, we believe that when good ideas are shared, great things can happen. The first generation hydrogen fuel cell vehicles, launched between 2015 and 2020, will be critical, requiring a concerted effort and unconventional collaboration between automakers, government regulators, academia and energy providers.  By eliminating traditional corporate boundaries, we can speed the development of new technologies and move into the future of mobility more quickly, effectively and economically.”