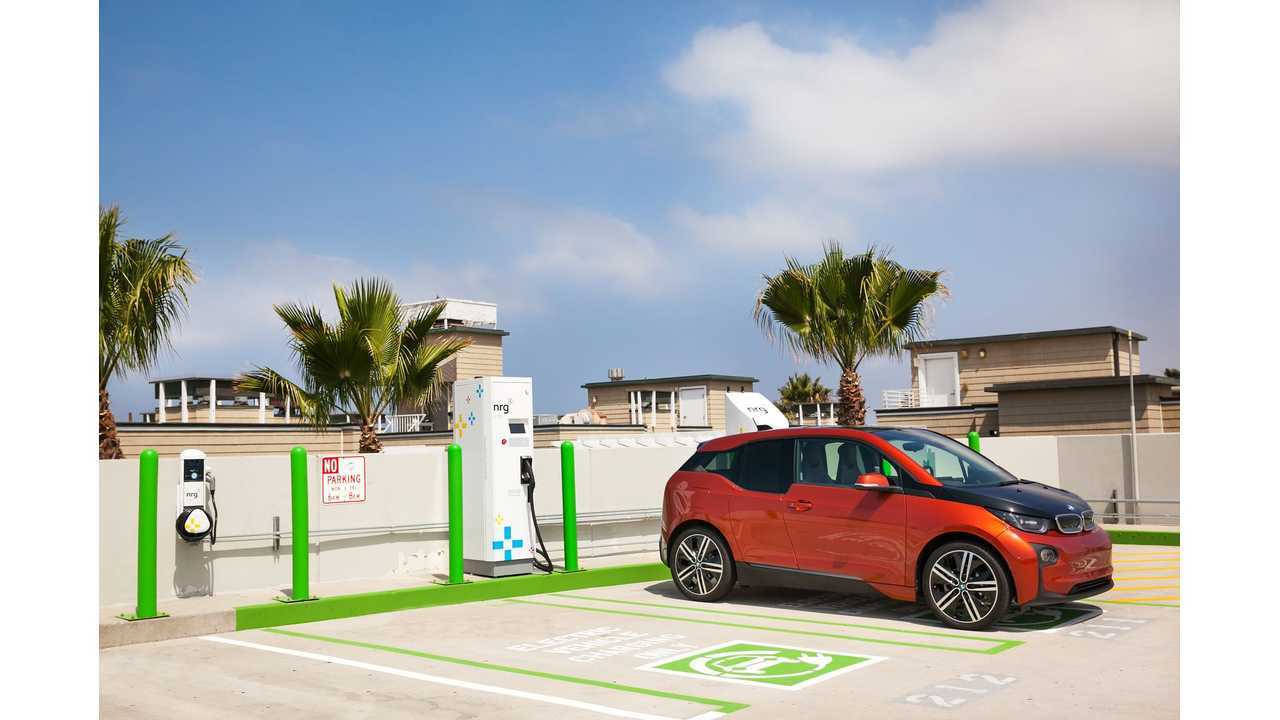 NRG eVgo announced recently that the number of fast chargers in its network in California hit 80 - 20 more than were installed two months ago.

52 of them are Freedom Stations, which consist of CHAdeMO fast chargers, AC Level 2 station and sometimes Combo 2 fast chargers.

There are 28 single-standard fast chargers, of which the majority, if not all, are CHAdeMOs.

On the NRG eVgo website, total number of charging points now exceeds 100 in several states, the majority of which are in California.