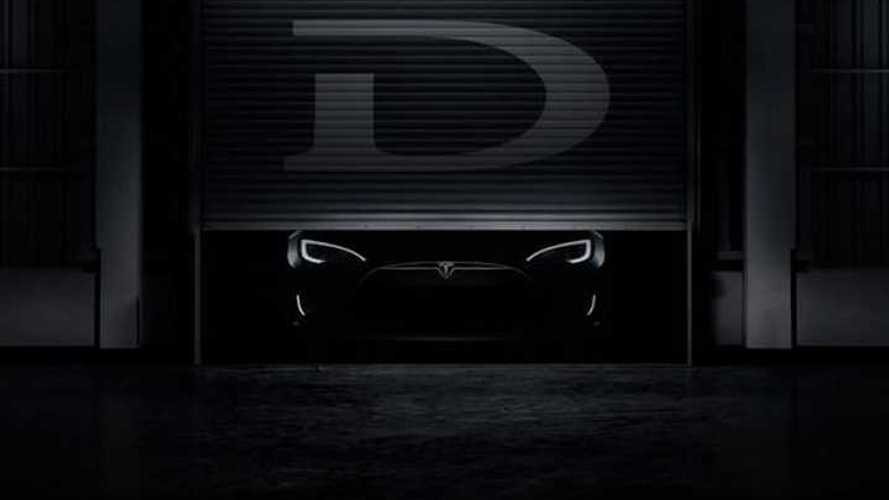 Word is spreading prior to the official Tesla announcement set for 7 PM (pacific/10 eastern) tonight.

The latest on the Tesla Model S P85D ("about to unveil the D") is that it will have blazing off-the-line acceleration.  We're supposedly going to hear that the dual-motor, AWD Model S P85D will do the 0 to 60 MPH dash in easily under 4 seconds and perhaps even in less than 3 seconds.

The less-than-3-seconds would put the Model S P85D in supercar territory if it can be achieved.

Tesla's big unveil will happen tonight at the Hawthorne Airport, where the P85D is expected to make use of the runway to show its mad levels of power, acceleration and performance.