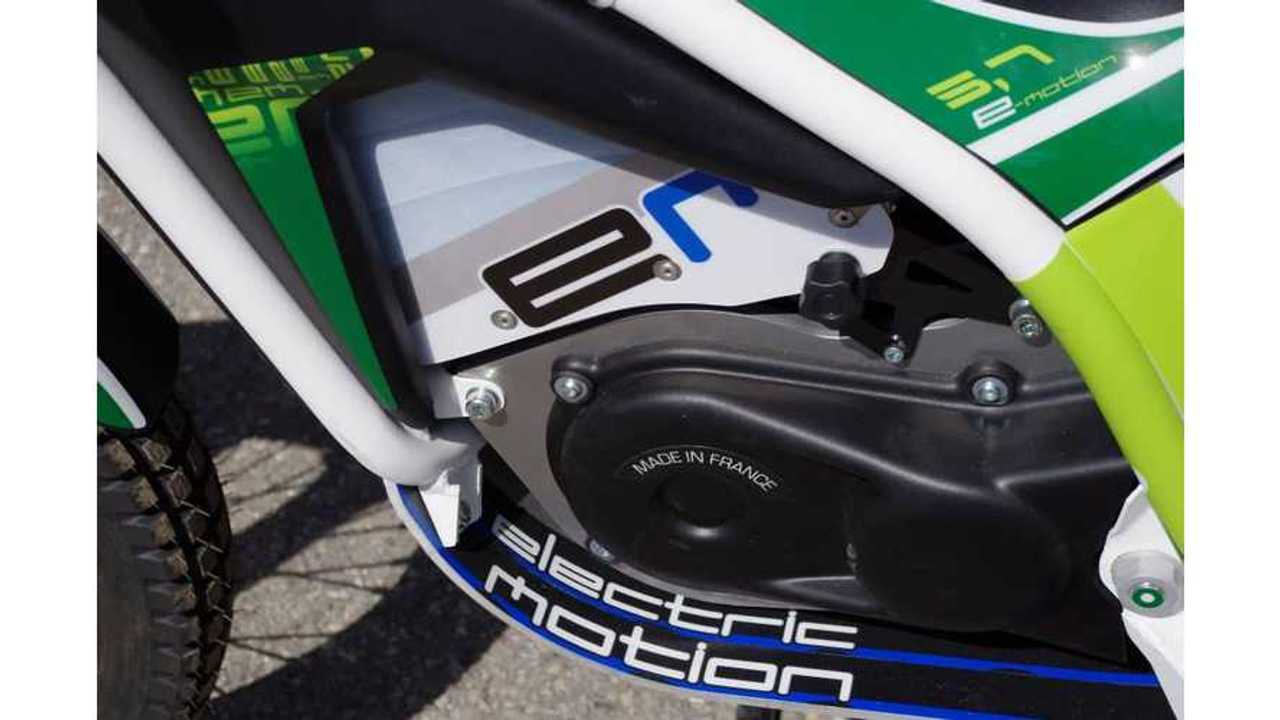 Bastien Hyete going through the paces

Bastien Hyete at work on the EM 5.7

For the first time in history, an electric trials motorcycle has taken the title at the French Trials Championship.  This World's-First was ridden by Bastien Hyete, on the French-built Electric Motion EM 5.7 in the Trial S2 category.

Electric trials bikes are particularly well suited to this genre of racing - not really racing at all.  These events, very popular in the UK as well as Spain, are typically short duration and are scored on technique - what can almost be described as acrobatics - giving the lightweight, electric-torque, no shifting, albeit limited range bikes like the EM 5.7 a distinct advantage over their gasoline counterparts.  It's a natural progression to see these bikes in the hands of capable riders, demonstrating what they can do with some first-place victories.

What with the news of the official release of both the KTM FreeRide E and the BRD Redshift, both lightweight bikes built for highly technical riding, it looks like we're seeing an entirely new market emerging for electric motorcycles - a market that plays directly to the strengths of the electric drivetrain, and the "green" aspect of these EVs taking a back seat.

Take a look at the Electric Motion website, here, for more of a taste of what they offer, including a street-legal version of the EM 5.7.  Pricing for EM 5.7 RRP is £5,695, while EM 5.7 SPORT costs £6,295.  Electric Motion also has a great Facebook page where you can keep up with the latest.

To see more about what a Trials event is all about, have a look at the video of Bastien's ride.  It's always interesting to see people standing so close to the riders during the competition, but they are the judges, checking every action and move and tracking points.  Quite a different scene than any other motorsports event.