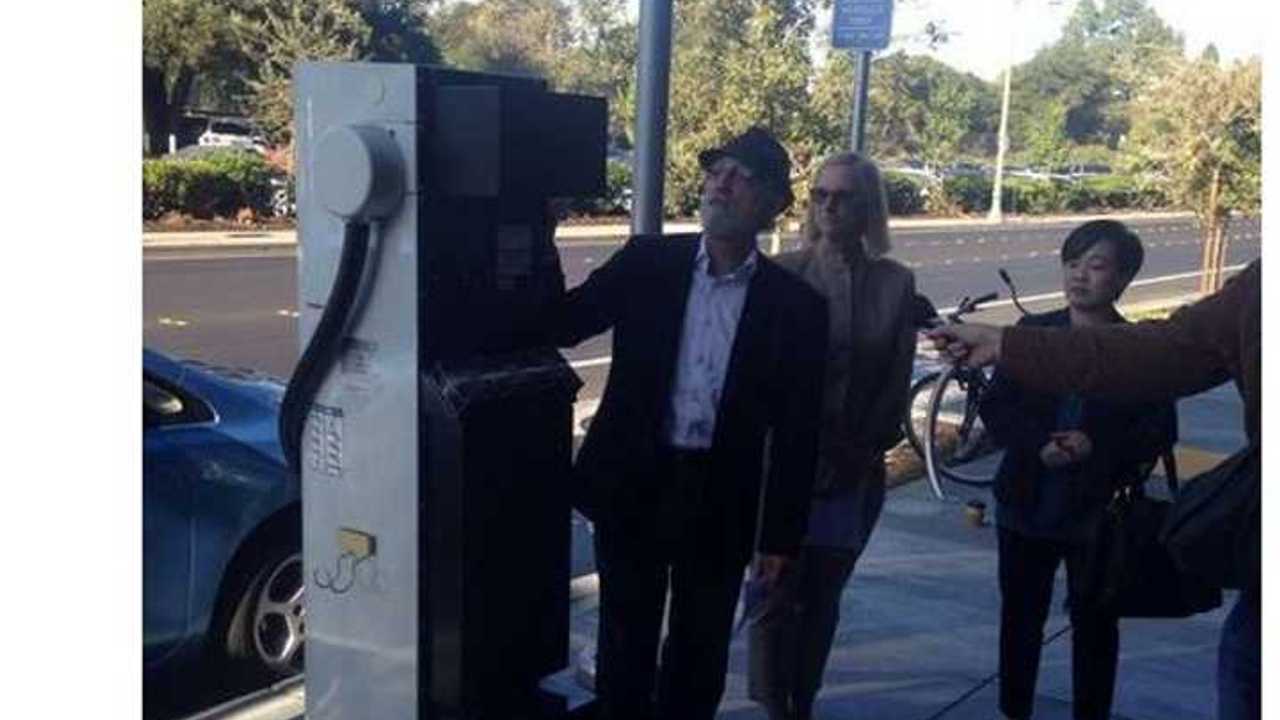 Nissan tell us that the unit is CHAdeMO-only (notice the Nissan LEAF grabbing some juice) and that it's a Nissan-donated DC charger (props to Nissan again for its continued effort to support the EV charging infrastructure rollout).

Near the DC fast charger (though out of view of the camera) are some Level 2 ChargePoint stations.  ChargePoint tells us that its pair of Level 2 units are located as follows:

"...curbside - next to the DCQC & another in the parking garage."

As for location, Nissan's Paige Presley (corporate communications specialist who's darn good at what she does) tell us:

"It’s on the corner of Lytton and Alma, right by Survey Monkey’s offices."

InsideEVs contributor George Betak resides in the area of this DC fast charger.  He tells us that the site was previously home to a Shell gas station (see image below), then was a construction site.  Now, it's where California's first curbside fast charger resides, as well as home to Survey Monkey's offices.

- That Shell No Longer Exists

If in the area, then go check it out and let us know what California's first curbside DC fast charger is like in comments below.  Snap an image or two while you're at it and we'll add it to this post.