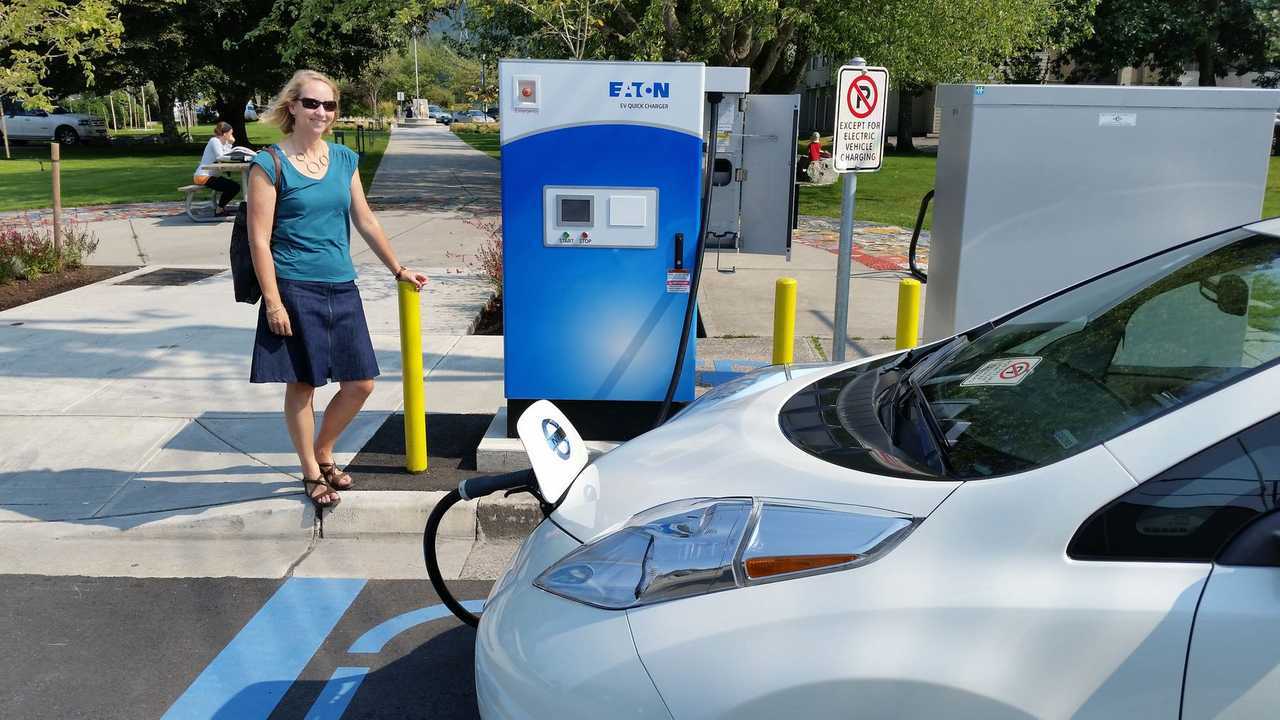 British Columbia has ~ 550 AC Level 2 charging points and nine DC fast chargers, from which some 350 are tracked by Powertech Labs, a BC Hydro subsidiary.

Data indicates that the number of vehicle charging sessions at those stations doubled between August 2013 and August 2014 from 1,684 to 3,745.

This is still a low rate, at which the average station is used only once every few days, but it's promising to see usage growing.

According to the press release, there are ~1,300 electric cars in B.C.

Here is what we found at the evCloud website:

"The Fraser Basin Council and Powertech Labs are participants in Plug in BC, an initiative led by the Province of B.C. over the past three years to lay the groundwork for electric vehicles and charging infrastructure in British Columbia. In 2012 a provincial incentive helped public and private sector organizations buy and install EV charging stations across B.C. for public or fleet use. As a result, 550 Level 2 charging stations have been operational since mid-2013."

"Plug in BC is a collaborative initiative -- led by the Province of BC (BC Ministry of Energy and Mines) and BC Hydro -- to help lay the groundwork for plug-in electric vehicles and related charging infrastructure in British Columbia."

"B.C.'s extensive network of public electric vehicle charging stations helps drivers enjoy the benefits of electric driving and be confident they can charge-up on the road as well as at home. This investment by the B.C. government in our transportation infrastructure was timely as a growing number of people are now interested in plug-in electric vehicles as a way to save fuel costs, cut pollution and decrease their dependence on fossil fuels."

"From the individual station data so far, the busiest stations appear to be in high-traffic hubs, especially in urban and suburban malls and downtown shopping areas, including those in smaller towns,".

"The first electric car rolled out in B.C. just two years ago. There are now about 1,300 on the road and the numbers are growing steadily. We expect all stations to see more use by business travellers, tourists and local residents over next few years as the EV market expands. Communities and businesses in BC recognized early that charging stations are an important infrastructure investment."

"We are now seeing an average of over 50 charges per week at our sites. There has been positive feedback and increasingly strong uptake by customers since we installed the chargers last year."