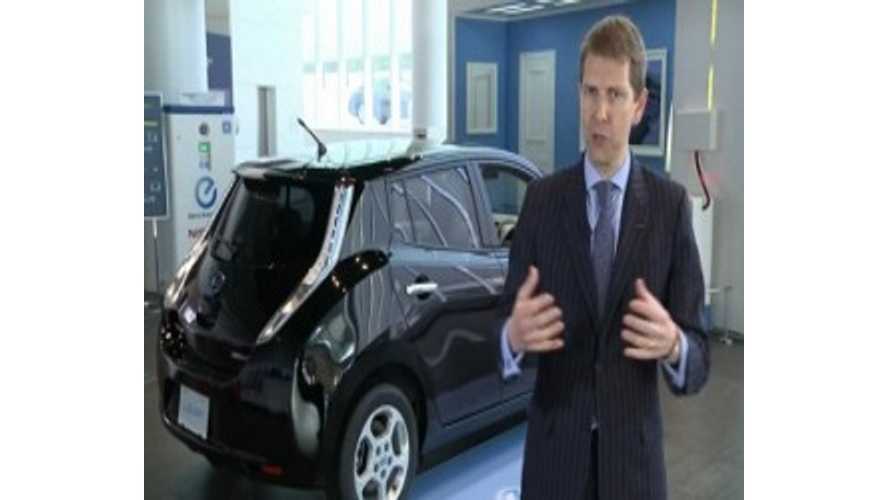 Simon Sproule From His Nissan Days

On September 30, former Nissan chief planning officer and lead electric vehicle proponent, Andy Palmer, put out a sincere Tweet (above) of his departure from Nissan to head up Aston Martin.

It took a few days for Simon Sproule, vice-president of communications and marketing at Tesla (former Nissan senior communications officers) to see Palmer's heartfelt Tweet, but when he did, Sproule bid Tesla farewell to join his buddy Andy at Aston.

Sproule will officially step down from Tesla this month (leaving no void at Tesla, since the automaker has essentially no marketing department and puts little effort into actually communicating with the press, Bloomberg aside).

Truth be told, we kind of saw this coming when Simon was hired 6 months ago, as it can't be easy to work PR at Tesla (it's not anything like running the communications show at Nissan).

Mr. Sproule will assume the position of chief marketing officer at Aston Martin under (CEO) Andy Palmer.  The only downside for Sproule in this move is that he'll have to leave Palo Alto, California behind him, as his ventures take him back to England.

Sproule confirmed the move to PRWeek.  Neither Tesla nor Aston Martin were willing to comment on the move at this time.  Sproule began his work at Tesla this past April.  He departs sometime in November.