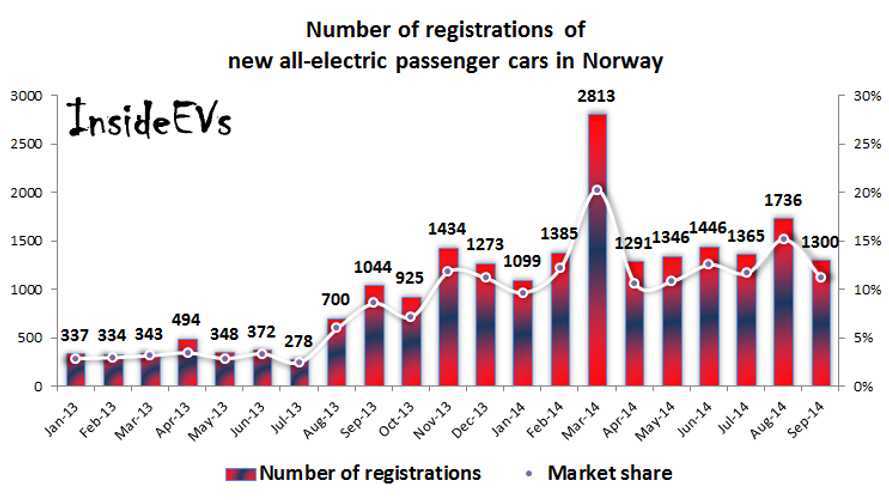 Nothing much changes in Norway as all-electric car sales remain well above 10%.

Year-over-year growth for new cars was at over 24% last month as September 2013 was also a strong month.

Almost 14,000 BEV were sold so far this year in Norway this year.

Last month, the Nissan LEAF was back on the top with 367 new registrations and another 328 used imported (yeah, dealers can not keep up with demand, so used is the only option sometimes). With 3,745 LEAFs registered this year, the Japanese flagship overtook Tesla Model S at 3,535.

Volkswagen e-Golf and Volkswagen e-up! are somewhere between LEAF and BMW i3, the latter of which had 149 registrations in September. Sadly, we don't know how many electric Golfs and up!s were registered exactly (over 200 each probably).

Tesla Model S was in fifth place with 104 registrations in September.