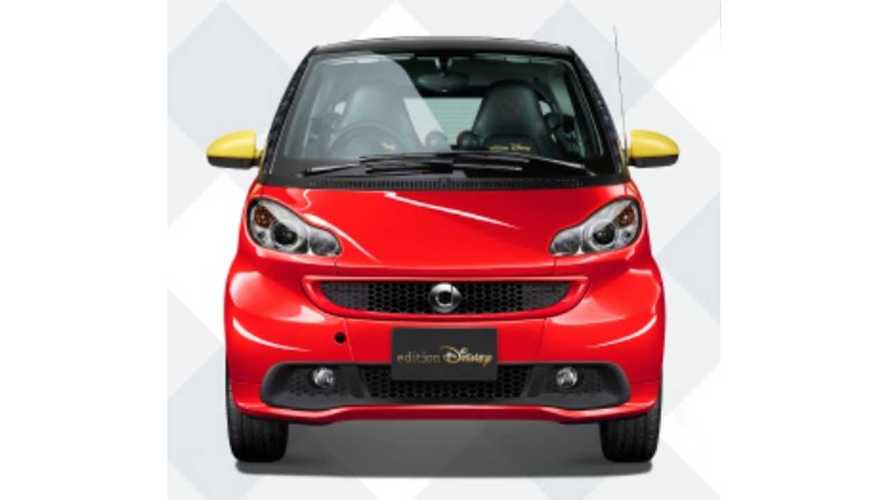 Yes. Yes It Does.

First up we want to express that this is a real thing.  Not a concept, not a one-off.

Mercedes-Benz Japans states that the edition is Disney inspired and that "From  interior from exterior, it is studded with the playful image of Mickey Mouse. To you with smart clothed in a dream, such a magical encounter" (translated as best we could from Japanese)

We did note the exceptional finish quality of this (surely) limited run smart ED, especially on the inside - but then we also found that the conversion was actually done by the performance wing of the company BRABUS, which also explains the pricing somewhat as the Disney edition carries a ¥1,000,000 premium over the base electric drive edition ($9,100 USD/7,300 Euros)

As for specs, it has the same 68 mile range (EPA)/107 MPGe and basic performance specs as the standard ED.

Can't Get Enough Of The Mouse? Always Wanted Disney On Your Floormats? Smart Has You Covered - BRABUS Style