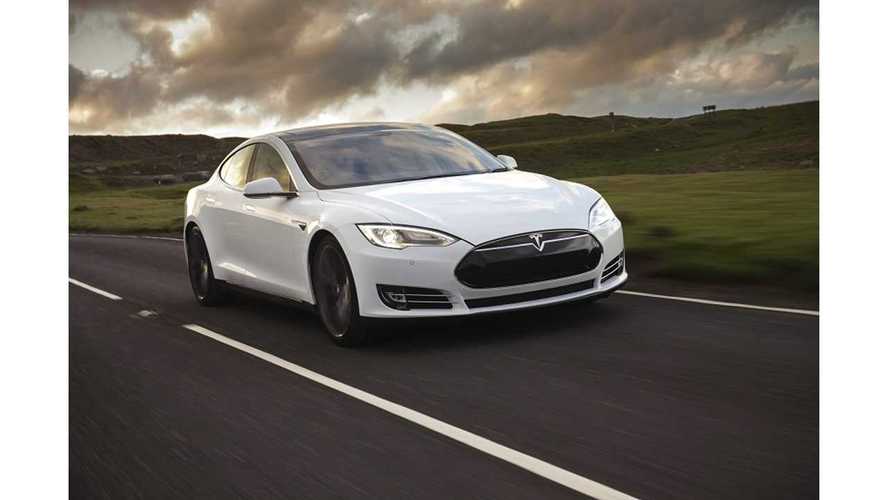 A week or so ago, we reported on Tesla being undecided on whether or not to expand its guaranteed residual program for the Model S outside of the U.S.  At the time, Tesla's Georg Ell, Tesla Motors UK and Ireland director, told Business Car that Tesla had not yet decided if it would follow that guaranteed residual format in the UK.

Well, now comes official word from Tesla Motors that the guaranteed residual program for the Model S is coming to the UK.

Here's a rundown of how the program will work in the UK:

Tesla will buy back any Model S purchase through the program in the 37th month of the "lease" for 50% of the base MSRP (60 kWh version) plus 43% for options added.  Tesla is viewing the 85 kWh battery pack upgrade as an option in this regard.

“We understand that many customers enjoy the simplicity of a hire purchase but also may seek some assurance of the future value of Model S."

Like in the U.S., there will not be a true lease deal offered on the Model S, but here are how the numbers break out in Tesla's quasi-lease Model S program:

Of course, these figures are for the base 60 kWh version.  A decked-out P85+ will cost substantially more.

According to Tesla, Alphera Financial Services is behind this "lease" program, which is basically a buy deal with Tesla guaranteeing the residual value.

Tesla Undecided On Whether Or Not To Guaranteed Residual Value On Model S Outside Of U.S.