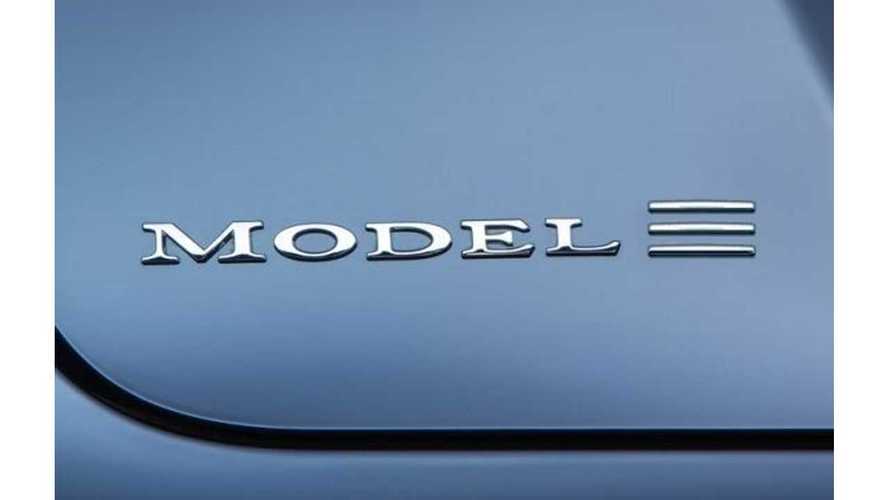 Usually, it's Tesla CEO Elon Musk who hints at pricing for the upcoming Model 3.  However, this time it's Tesla chief information officer, Jay Vijayan, who provides us with Tesla's Model 3 price target:

"Our target price for Model 3 is in the range of $30,000 to $40,000 that makes it an ideal product in the luxury car segment.  India is a huge potential market, but we need to have more affordable and economical cars."

Vijayan was discussing Tesla's future plans in India, which includes the possibility of constructing a factory there, but what piqued our interest is that someone other than Elon Musk confirmed this less-than-$40,000 price target for the Model 3.  Let's hope Tesla can deliver on this target.

Per the Economic Times:

Tesla Motors, the world's most successful electric car maker, plans to enter the Indian market with its upcoming sedan that will be priced at less than half of its existing model even as the country's high import duty remains a big obstacle, a top executive said.

"India has one of the highest import duty in the world — in excess of 100% — that goes against our principal of importing car directly from our plants at Freemont in the US or the assembly unit in Netherlands," Vijayan said.

"We have identified India is one of the potential markets in Asia to have a local assembly plant, but we need a definite policy from the government to support electric vehicles in the future," he said. Tesla plans to start a dialogue with the Indian government to rationalise import duty on electric cars and also develop a separate category for such vehicles.

Aside from China and Japan, India is clearly the biggest remaining market in Asia.  Tesla would sure like to capture a significant portion of India's now-growing plug-in vehicle market.