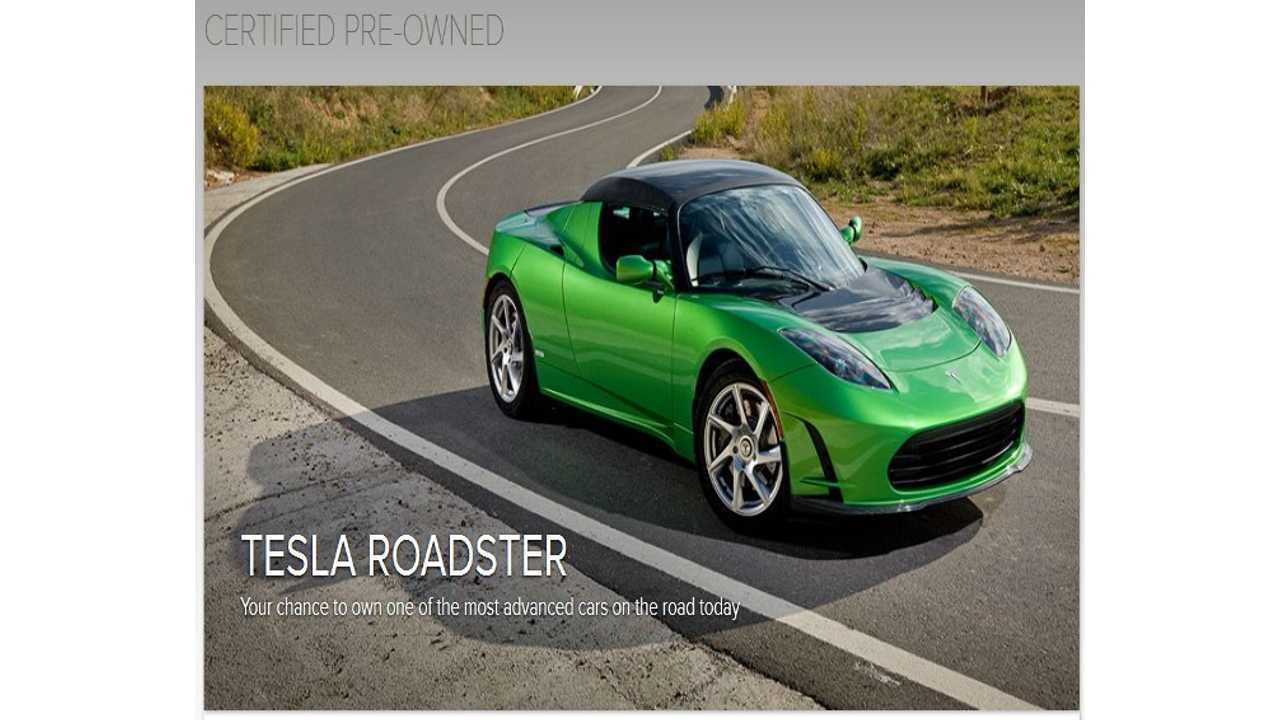 Tesla's certified pre-owned (CPO) program for the Tesla Roadster sprang to life eons ago (2-plus years), so imagine how shocked (not shocked at all, actually) we were when Tesla announced that the Model S would be added to the CPO program.

Tesla is developing a program to sell the Model S secondhand, Automotive News has learned, in a bid to lower the cost of entry for the $71,070 sedan and unlock the earnings potential of Tesla's factory-owned retail network.

Tesla's vice president of communications, Simon Sproule, confirmed that the company is developing a certified pre-owned program to compete with those offered by luxury brands such as BMW and Mercedes-Benz.

"With the Model S fleet now heading toward the first cars hitting three years old," he wrote in an email, "we are looking at CPO and how best to structure."

Nothing surprising there, but this statement by Automotive News caught our attention:

"Elon Musk, in his quest to transform Tesla Motors from a scrappy electric-vehicle startup into a mature, profitable automaker, may have an ace up his sleeve: used cars."

Automotive News points to profit as the driving force behind the Model S CPO program.  It's believed that Tesla could pocket up to $10,000 in pure profit per CPO Model S sold.  However, we sort of disagree.

At present, Tesla is not set up to deal in volume on the used car market.  Most of its stores have next to no space to park these CPO Model S sedans.  Additionally, Tesla would have to not only expand its current stores or open new ones, but the automaker would have to hire additional employees too.  There are significant costs here associated with a large-scale CPO program.  Tesla would likely see no profit from this for years and years to come after the first CPO Model S EVs are sold.

The CPO program will be a loss leader for a good long time at Tesla, but it's necessary.  Eventually, Tesla will see profit from this, but that $10,000 per CPO sold will be just a dream for years and years to come.

David Whiston, an analyst at Morningstar Inc., tells it like it is:

"This is going to cost Tesla money upfront.  You've got to get more staff, and you've also got to get real estate because you need to have somewhere to service and store these cars. But if values continue to hold up, they will be in a very unique and advantageous position."

Money-losing for now...but money-making in the distant future.