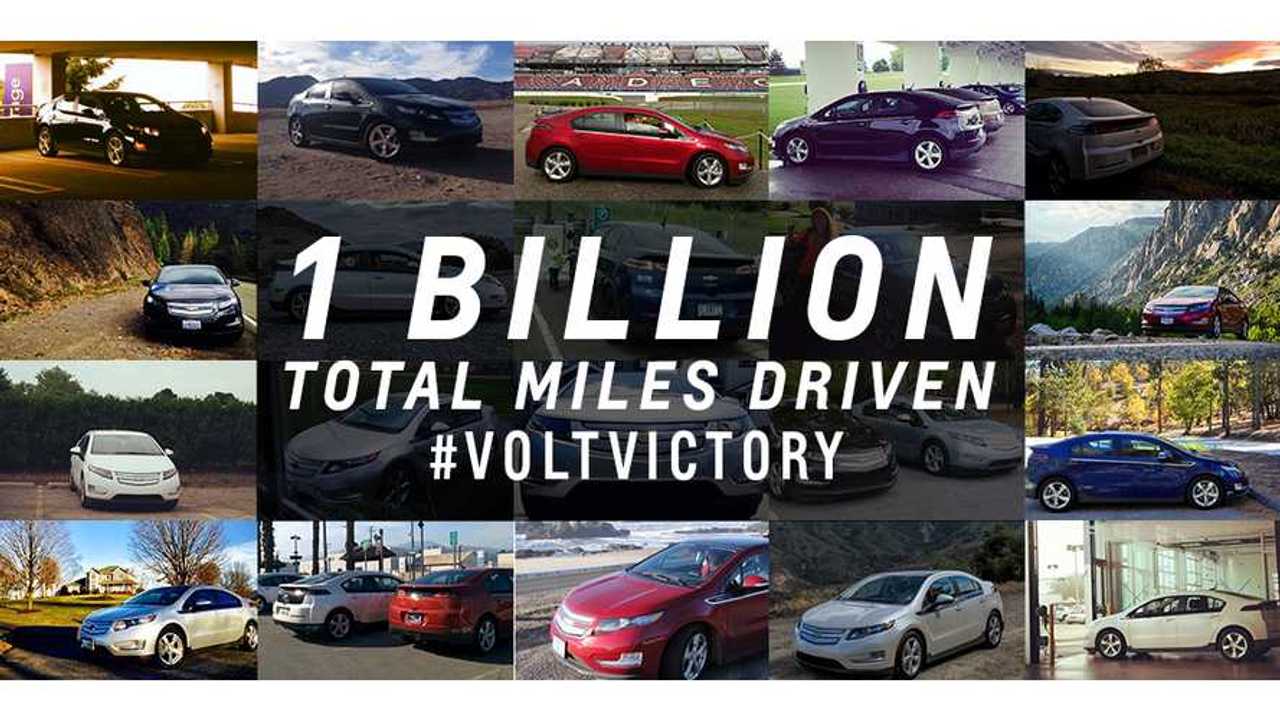 In a follow-up to our Friday breaking news story on the Chevy Volt surpassing 1 billion total miles driven, the Chevrolet team put out a series of Tweets and Facebook posts acknowledging the achievement.

Though the ticker on the Volt site still has a quirk (no 10th digit displayed, so it wrongly appears as though Volt owners have collectively driven only 100 million-plus miles), General Motors has confirmed via various methods the 1 billion-mile mark has been surpassed.

Unfortunately, as mentioned above, the official ticker still lacks that necessary 10th digit: