SAE Geeking Out With OSU On Buckeye Current RW-2.X (and Pikes Peak) 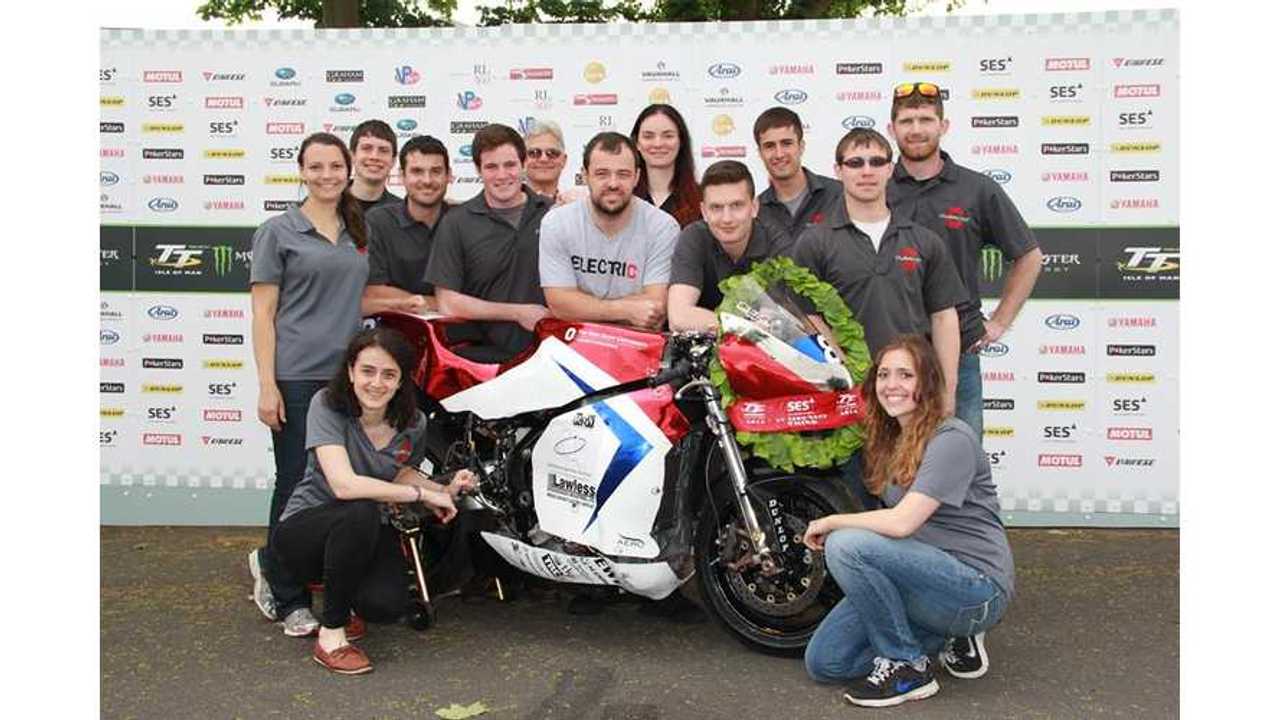 This past week, the SAE online magazine Momentum ran a fascinating, and supremely geeky story on the team and the bike, here. Where else are we going to find out what software the team used (developed by them) to model the highest efficiency and energy payback?

It was here that we learned of probably the most significant change in the bike from last year to this - in the suspension modifications required to allow a higher degree of lean and more efficient fairings, to allow Barber to ride the nearly 600lb bike faster through every one of the 264 corners.

"When designing a racing bike on a limited budget, it is important to understand where the most efficient investment of time and money will optimize performance. In order to analyze the design, the team built an in-house simulation tool, SIMba, to model the machine through the race course. By quantifying the race, we could uncover the critical parameters for success (i.e., weight, energy use, aerodynamics, cooling, vehicle dynamics) and determine what needed to be improved.

"SIMba showed us that lean angle, aerodynamics, and energy-to-weight ratio were critical to success in the TT Zero. As Rob leaned the behemoth RW-2 over through the corners in 2013, the suspension bottomed out, causing the road to carve through our bottom fairing and send a shower of sparks. To prevent this and pack more energy on board, we redesigned the battery pack, with additional cells."

Interested in what it's like for a Mechanical Engineering student to find themselves neck-deep in motorcycling's legendary "pure roadracing" on the Isle of Man, rubbing elbows with the world's top riders?  Check out this interview on The Electric Chronicles: IOMTT: The Story from the Pits.

It seems the team has got its sights set on a certain hillclimb in Colorado for next season.  We just got this from the OSU Press Dept.:

"Carrying the momentum from back-to-back podium finishes at the Isle of Man, Buckeye Current has turned its sights to the next challenge. ...Taking the knowledge learned at the Isle, the team is ready to take on the next premier electric racing event, the Pikes Peak International Hill Climb (PPIHC).

"Known as the Race to the Clouds, PPIHC is America’s second oldest motorsports event.  ...The course record for motorcycles is held by Carlin Dunne on a 1205 cc Ducati Multistrada 1200 at 9 min 52 seconds.  The record for electric bikes is close behind at 10 minutes.

Buckeye Current intends to shock the electric racing world by shattering both records with a 9 min. 45 sec.  Setting the record of all motorcycles will demonstrate the future of electric motorcycle technology while challenging our team to build that future.

Over the summer, the team has been doing preliminary research and is starting to jump into the design phase of our new bike as school kicks off.  According to our simulations, the bike will need a top speed of over 125 mph, an 8 kWh battery pack and a drivetrain capable of producing 95 kW peak power to break the record.  The team is currently working on determining the right components and design to meet these requirements.  Stay tuned for more details as the design takes shape!"

In spite of the fact that it's been months since the IOMTT, the team has been unable to work on the bike - patiently planning, running simulations and waiting for it's return from the Isle of Man.  Via their Facebook page, we see the bike has finally come home, and work can start.