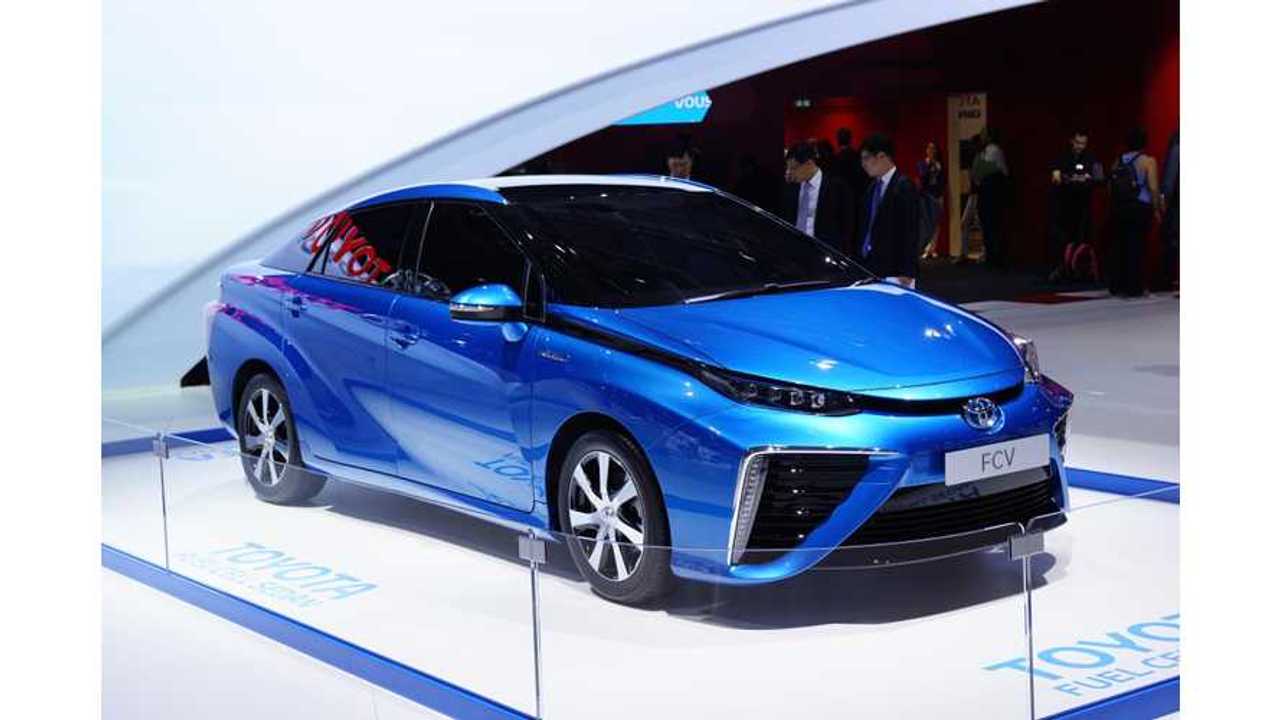 Toyota brought EVs for the role of small urban haulers at the 2014 Paris Motor Show, spreading the vision that for the mid-distance, hybrids will be the leader and for long distance, fuel cells are the only way to go.

The Toyota Fuel Cell Sedan will come to the Europe in about a year.

In the beginning, in the summer of 2015, sales will start only in Germany, UK and Denmark.

From there, Toyota will gradually expand into other markets.  However, pricing will be €55,000, at least.

"The Fuel Cell Sedan will go on sale in Japan before April 2015 and preparations are under way for launches in the USA and European markets in the summer."

"In Japan the Fuel Cell Sedan will be sold at Toyota and Toyopet dealerships, priced at approximately seven million yen (about £43,450). Initially sales will be limited to those parts of the country where a hydrogen refuelling infrastructure is under development. Prices for Europe and the USA have not yet been decided. Detailed information such as final prices, specifications and sales expectations will also be announced later."

Here are a few photos and press conference video (worth checking out from 5:00 on).