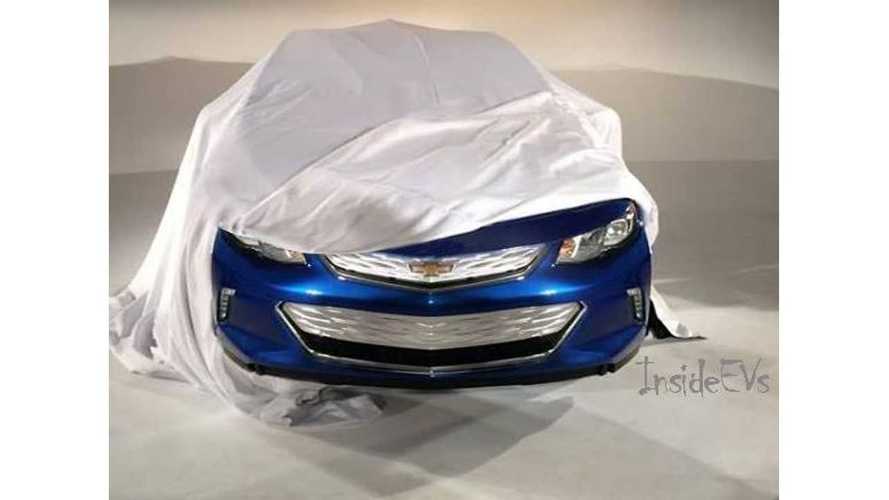 Through the magic of Photoshop, we present this almost-full frontal reveal of the 2016 Chevrolet Volt.

Too much fake chrome, we're thinking, but other than that we rather like the Volt's new appearance.

We're told that the overall exterior design is more aggressive in appearance, but that aerodynamics remain a key factor in the Volt's design.

Just in case you missed it in all of the Volt excitement, blue is back.  We believe this is Topaz Blue, a color that was discontinued on the current Volt.  However, it appears to be back by request.

Most of the improvements made to the next-generation Volt come directly from feedback/requests from current Volt owners.

Now that you've viewed the front end in its entirety and the 2016 Volt's rear partially, what's your take on the exterior design based on these limited reveals?