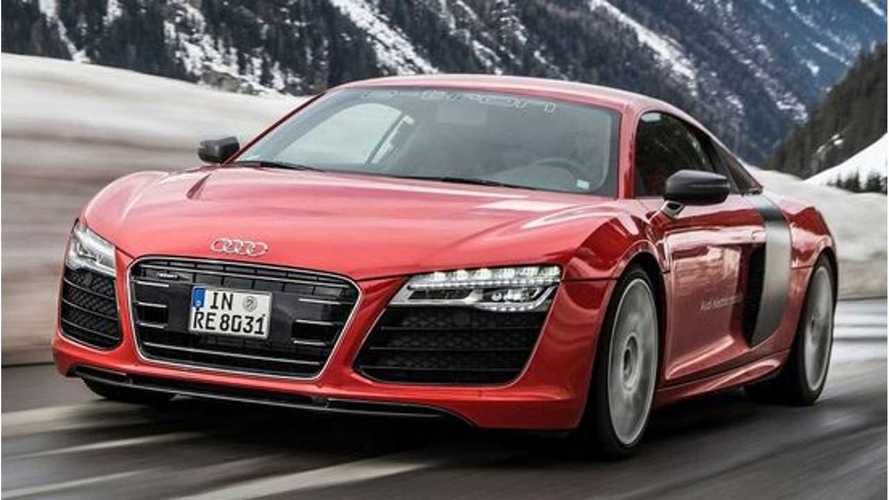 "Audi’s head of technical development, Dr Ulrich Hackenberg, has confirmed that the new R8 supercar, due next year, will be offered as an all-electric e-tron model with a range of 250 miles. A plug-in hybrid variant, using a development of the powertrain from the Lamborghini Asterion LPI 910-4, is also under consideration."

Audi had already officially confirmed the future arrival of the pure electric R8 e-tron, so that's old news.  But word of a potential plug-in hybrid version hadn't leaked out until now.

"..the e-tron version has been a pet project of Hackenberg’s ever since he took over his new role in June 2013."

"The first R8 e-tron concept appeared in 2009, and was originally slated for a 2013 launch, but the project was canned by Hackenberg’s predecessor Wolfgang Durheimer. Hackenberg revived the project and set a target of 400km (250 miles) before it could be sold to the public. Clearly, that target has now been reached."

As for the plug-in hybrid version, if developed, it could become a Porsche 918 Spyder beater:

"...a version of the Lamborghini Asterion LPI 910-4’s plug-in hybrid powertrain could also be fitted to the new R8. The Lambo’s system uses a V10 engine and three electric motors to produce 897bhp, power all four wheels and deliver a pure electric range of 30 miles."

“You can make it with less power, too. The chassis isn’t the same as the R8, but the powertrain fits, so a plug-in hybrid is definitely a possibility.  The hybrid system is an engine, gearbox, electric motors and power electronics. It’s a package; it’s just a case of making it fit.”