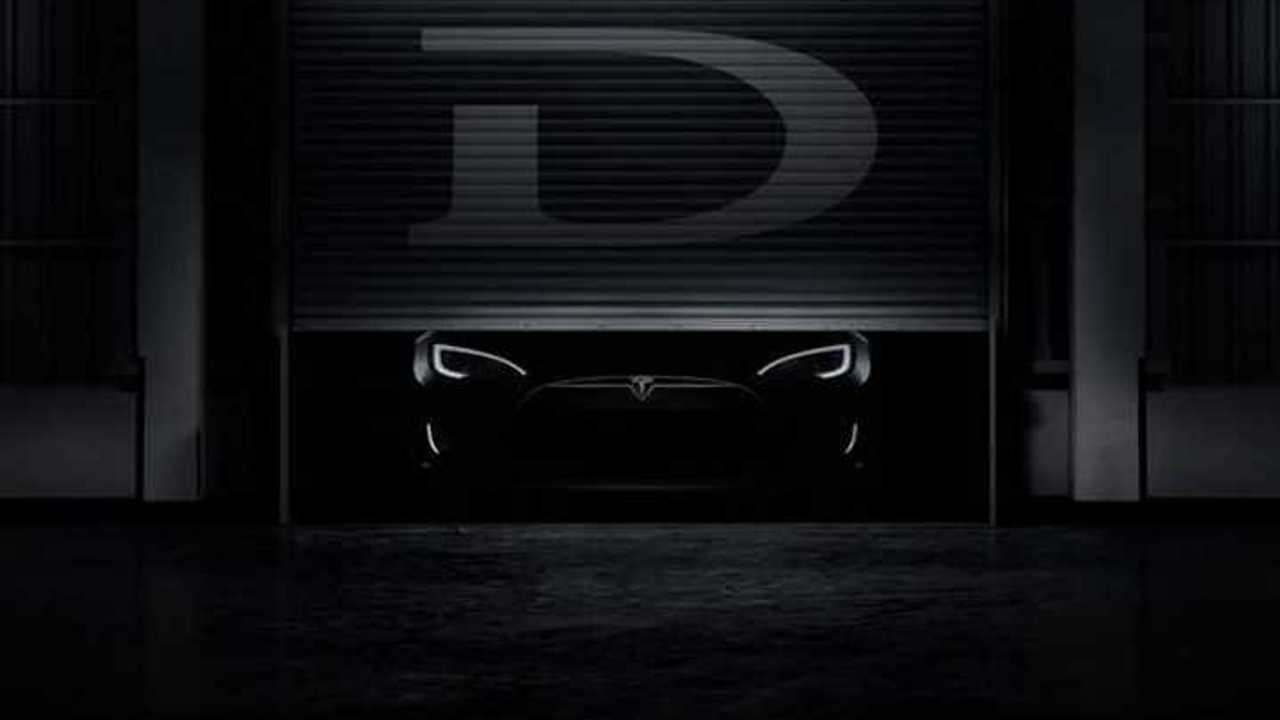 Late Wednesday night, Tesla CEO Elon Musk posted a smoky picture of a vehicle and the letter D with the following caption:

And now, less than 24 hours later, a Tesla Motors Club member has posted this apparent shot of a Tesla Model S P85D charging in a thread discussion on what the "D" and "something else" will be, along with a note saying, "Seen in the wild by a friend..."

Editor's Note:  The member who posted the photo at the Tesla Motors Club has requested the content stay there.  Respecting his wishes, we have removed the image.

It appears the Dual Motor/AWD theory of "what the D stands for" is shaping up to be the right answer.  Interestingly, the photo appears to be legit under analysis and was taken at the Inyokern Airport, in California late last month.

Also of note: Tesla has sent out invites to the big event happening at Hawthorne Airport at 7pm on the 9th, many of which are holders of Model X reservations - which might be related to the "something else"