Nissan CEO: LEAF Is Now Profitable, 80% Of Its US Sales Come From 4 Cities 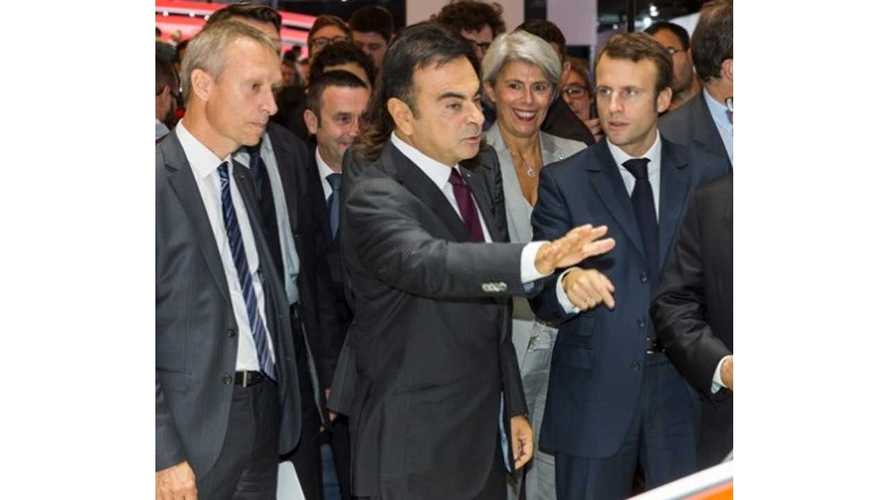 The LEAF is quickly becoming a larger and larger portion of both Nissan's corporate image and its sales.

In the US, Nissan announced another 3,000ish sales month for the LEAF in September, which represented over 5% of the company's sales in America; it also bested any product sold by luxury brand Infiniti (just edging out the Q50 at 2,742 units).

The reason behind the success?  Nissan CEO Carlos Ghosn's seemingly endless dedication through out the Nissan-Renault Alliance to plug-in vehicles.

At the Paris Motor Show this week, Mr. Ghosn underlined his enthusiasm for the EV business once again by making it a frequent topic of discussion.

At one point the CEO quizzed the reporters in his vacinity about which city in the United States sold more than 1,000 LEAFs in August.  And as we weren't around at that moment, nor any other 'green-aware' persons, the guesses were way off the mark.

Eventually the CEO pitied the gas-loving media in attendance, "Atlanta! Atlanta is the No. 1 city in the sales of electric cars. Atlanta!"

We will note he did not explain that a state-level discount in Georgia of up to $5,000 was available in addition to the federal credit of $7,500, helping to boost those numbers - but we will let him slide...he is still an auto executive after all.

The Nissan boss then took the time to give a rundown of the next best selling LEAF cities in America,

We can't imagine any other CEO knowing these sort of stats off the top of their heads about any car, except perhaps for Elon Musk - who only has 1 car to manage globally.  (The Nissan-Renault Alliance sold more than $8.3 billion worth of cars globally last year with over 60 major nameplates)

Of course, as a CEO when you start talking about electric vehicles too much, you are bound to get the question of profitability from the traditional media, and Ghosn was asked if the LEAF actually earns money for Nissan.

Measuring his response, the Ghosn said, "We are getting there.  Are we amortizing and depreciating everything we have spent? (more than $5 billion reportedly)  No. But if you look at margin of profit -- the direct cost of the car and the revenue of the car -- we are getting into positive, which is good for this technology."

Using our CEO decoder-ring on Ghosn's statement to summarize:

"All-in, we lost a ton of money getting into the EV business in a big way.  Not minding that cash pile spent already, the LEAF eeks out a small profit - but you just wait for the next ones this is going to payoff someday.  Now stop asking me that question already" - or something like that.