The Beauty Of The Chevrolet Volt’s New Gen 2 Transaxle 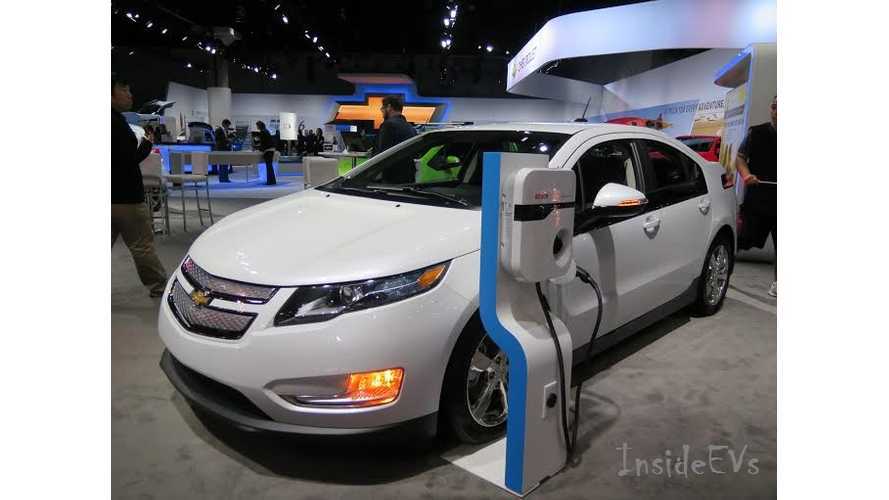 Some know that I am a kind of a gear head. I’ve followed the Volt since its early development days. We would spend countless hours reading Lyle Dennis’ (co-founder of InsideEVs and GM-Volt.com) daily articles and speculating on how the Volt worked. Was it pure series? Did it have a mechanical link to the wheels in CS Mode?

It’s no surprise then that I am totally blown away by GM’s new transmission, the 5ET50. The new transmission is now 5 modes soon to be announced but all but verified by our GM rep Wop on Tour that the 5th mode is where we link the 2 motors together in EV mode for more acceleration.

There is an excellent SAE article out about the new transmission. In the article there is a great cutaway of the trans.

The new transmission is much more compact than the Gen 1 transmission. They have integrated the inverter assembly into the transmission itself instead of it being a separate module with heavy electric cabled connecting the two as shown in figures 2 and 3.

In figures 4 and 5 one can see how much more compact the gear sets are in the new transmission. The old transmission used spur gears in the reduction gear set downstream of the power split planetary.

I am speculating that the new transmission uses a planetary gear reduction set much like the spark coaxial gearbox as shown in figure 5.

Some publications have said that the new gearbox has TWO planetary gear sets in it compared to only 1 in the original transmission. This second PG set may be for gear reduction so we still only have 1 PG set used for the power split device.

My labeling in figure 6 is speculation also. Some things are fairly certain though: one PG set for the power split device, 2 MG’s that are more nearly the same size ie a slightly larger MGA and a smaller MGB traction motor. The larger MGA allows more 2 motor operation and less series operation increasing MPG in RE mode. The 2 motors are linked together in EV mode for more power. There probably are some gear ratio changes as well.

Also shown in figure 6 are what I am speculating are clutch sets. Two are fairly obvious because one can see the clutch friction plates. The other two are not so obvious but they appear to be dog gears with no friction plates. The clutch at the ICE output is the most obvious dog gear assembly. No friction plates are needed as the Volt synchronize speeds prior to shifting as I detailed in the first of my articles above.

Could there be 4 clutches in the new gearbox? We do need another one to engage the 2 motors in mode 5. We shall find out in January at the Chevy's official debut at the NAIAS in Detroit.