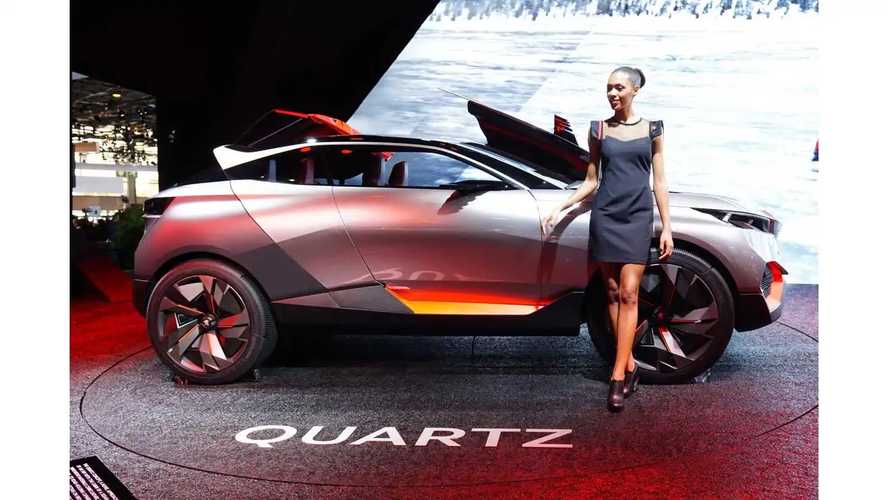 Peugeot Quartz, which debuted at the 2014 Paris Motor Show, is the second plug-in hybrid presented by French manufacturer.

As one of our readers mentioned:

"PEUGEOT is committed to developing exclusive concepts for its customers through outstanding design, innovative materials and unparalleled sensations."

... so don't a expect production model, at least not anytime soon.

The “ultra-athletic crossover” looks futuristic and, just like the Peugeot Exalt, it has a ‘Shark Skin’ rear end.

500 hp are available in Race mode and that grunt comes from a four-cylinder 1.6-liter THP gas engine (270 hp and 330 Nm of torque) and a six-speed automatic transmission supported by two 85 kW electric motors – one per axle.

All-electric range should be up to 50 km (31 miles). Here we have first set of photos from Paris.