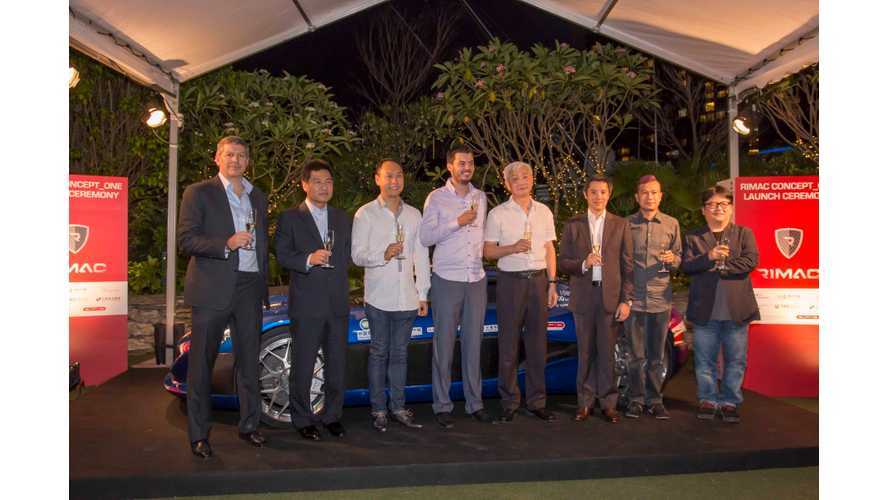 Rimac Automobili, the company behind the Concept_One, announced that on its fifth anniversary, it closed its Series A investment round.

China Dynamics, about which we already heard, led the round acquiring 10% of shares, so approximately 7 million Euro.

The founder and still the majority shareholder of Rimac Automobili, Mate Rimac stated:

“We are delighted that we have established a close collaboration with international investors who appreciate our value and potential. The funding will enable us to launch new products to the market and increase our production capacity."

“During this year we grew from 20 to 60 extraordinary members of our team and we plan to continue our expansion at the same pace. In the past years, we have been growing organically by executing demanding projects for high profile companies in the automotive industry. We have developed and manufactured various vehicles for other companies, as well as delivered various solutions such as battery and infotainment systems. The raised capital is dedicated to the development and commercialization of our future sportscar models and an increase of our production capacity."

The first investor in the series A round was Frank Kanayet Yepes, who acquired 3% of the company's shares in February 2014 and then raised the bar to 6%.

"Frank is known for his ability to seize good business opportunities. His wealth originates from the oil business but later he decided to focus on alternative energy sources. In addition, he is a FIA Formula E investor, the owner of several racing teams as well as the Ferrari and Maserati importer for Colombia. “The trigger to invest was Mate, his confidence and the technology he has developed with so little resources.“ Frank believes that Rimac Automobili will be a success story that started in a garage, but he remarks that the company still has a long way to go.

Mate Rimac highlights that Frank is one of the most active investors who definitely brings grey hair on board and actively contributes on a daily basis: “His entrance to the company opened new business opportunities such as a collaboration with the FIA Formula E. I have to admit, he gave me the best birthday present ever. The first investment to the company was done by Frank on my birthday, February 12th  2014."

Tek Cheung Yam, through his company Integrated Asset Management Asia Limited - IAMAL, acquired 2% stake in Rimac Automobili, so in total those three investors should get ~ 18% share.