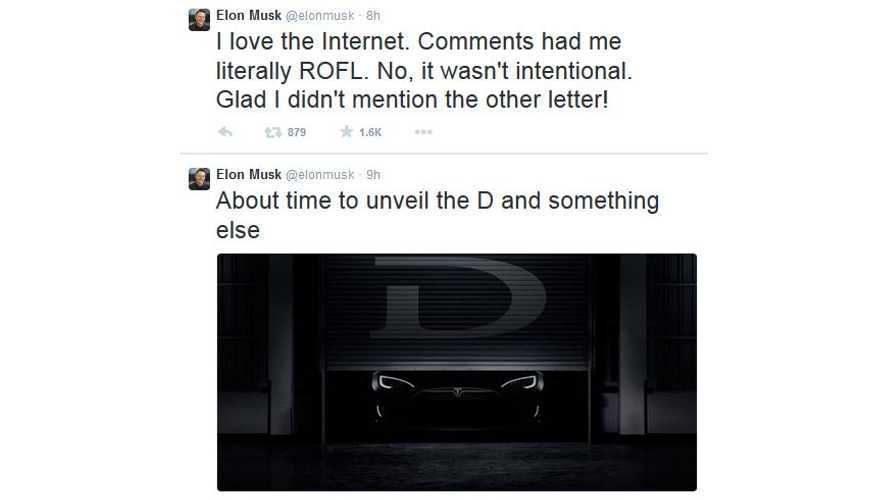 Naturally, the question now is "what's the other letter?"

Well, since the Internet figured "D" was linked to a particular body part, then we must assume that Musk's second Tweet in which he says "glad I didn't mention the other letter" must imply that it could be wrongly linked to ... well something else.

Well, we're rather certain that the letter "D" in his initial Tweet implies one of the following:

Okay then, let's assume D = Dual motor.  If true, then our guess for that "other letter," which is also linked to that "something else" from Musk's first Tweet is B, as in that extended-range BATTERY for the Tesla Roadster.

If instead we believe that D = Driver's assist, then naturally that "other letter" is A.  D + A = Driver's assist.   If this is the case, then there's still that "something else" to be revealed too.

So, there you have it.  One of two options as to what that "other letter" is and the meaning of Musk's series of two Tweets last evening.

Now to narrow it down to only one option.  Our money, if we had any to wager, would be on Tesla Model S D85 and 400-mile battery for Tesla Roadster.

What would you be willing to put your money on?